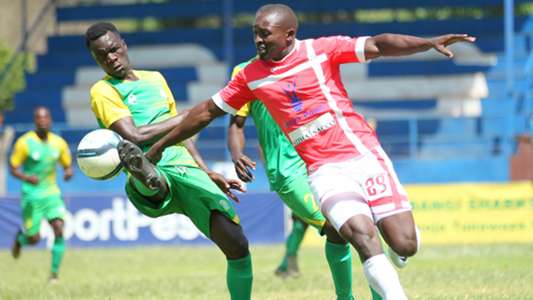 The left-back will fill the void left by former Batoto ba Mungu skipper George Maelo, who was released

The 2009 league champions have been busy in the transfer market in a bid to strengthen their squad ahead of the 2020/21 season. The left-back has been consistent for the Slum Boys, and it is for this reason that Batoto ba Mungu are keen on signing him.

“Sofapaka have approached the player and are interested in concluding the deal as soon as possible,” a source close to the player told Goal on Monday. “Everything has been discussed and agreed apart from a few and chances of the deal being made official before the end of the week are high.

“It is as good as done between the two parties.”

“It is true, we are discussing with the player, and once we finalize with him we will let the public know by making the deal official,” the Congolese businessman revealed to Goal, “and on the [Mike] Kibwage issue, we will also be making it official soon, everything is complete.”

Omondi will take the position left by former captain George Maelo, who was released alongside Cercidy Okeyo and Ronald Okoth. Sofapaka team manager Hillary Echesa revealed Maelo, who is a policeman, was transferred outside Nairobi and it was hard for him to attend training.

“For Maelo, he has been deployed outside Nairobi, it will not be easy for him to train with the team and so we have opted to let him go,” the former Harambee Stars midfielder told Goal. “We wish him all the best in his endeavours and at the same time thank him for his contribution to the team.

“He has been a role model for all the players and always gave the best when on the pitch.”

Batoto ba Mungu struggled at the beginning of the season but turned around their form prior to the suspension of the 2019/20 Kenyan domestic season.

“It is not going to happen this time around,” he said of their ambition in the new season. “It is something we want to make right.

“For us to be real title contenders, we have to start early, not to wait until the season has progressed then we try to catch up with the leaders. If we manage to start on a high, we will stand a chance of winning the league.”

sportsgamingwirehttps://sportsgamingwire.com
As an Editor and an Sports Geek, it's my pleasure to share my knowledge about Sports and their various aspects that can impact our lives.
Previous articleBest gaming laptops for 2020
Next articleThe Best Gaming PCs in 2020