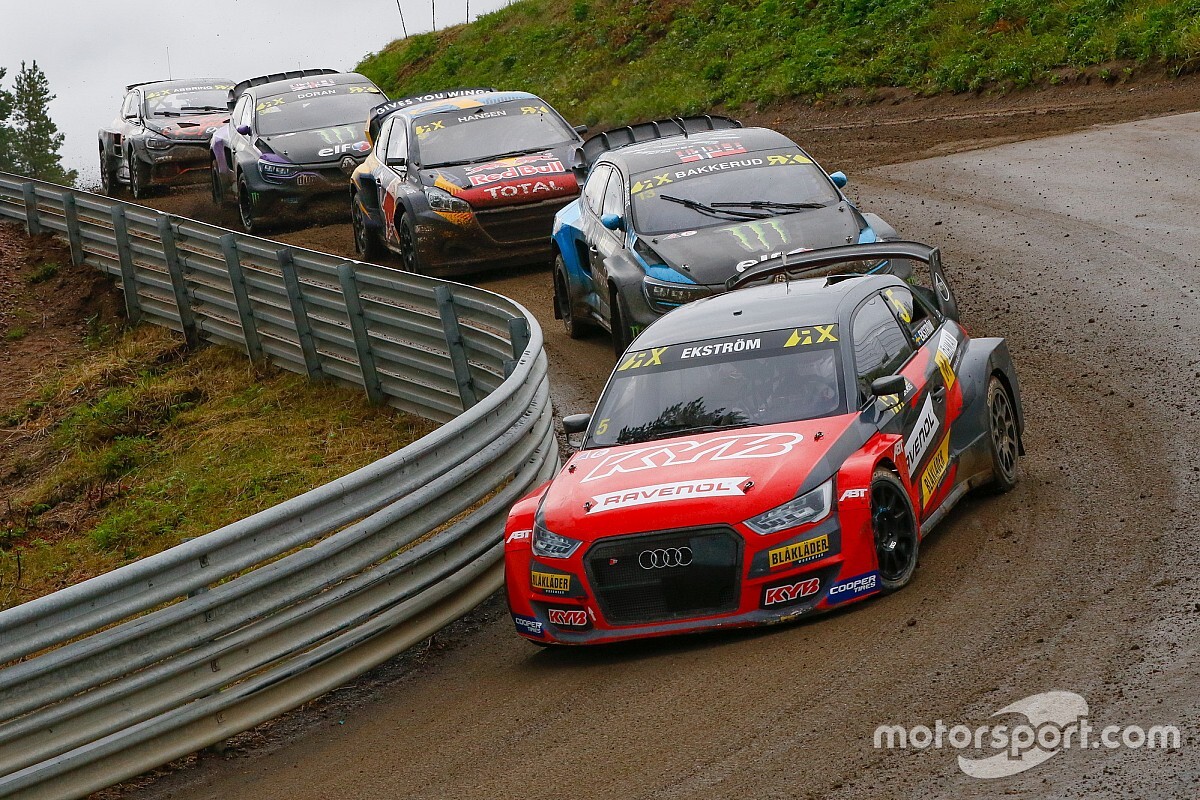 IMG became the promoter of FIA rallycross for the 2013 season in a 20-year agreement with the FIA, but, Motorsport.com understands, will cease to run the series after the end of the current campaign. Work is understood to be ongoing to secure the future of the dual-surface discipline’s top level.

When asked for clarification about the current situation by Motorsport.com, World RX boss Paul Bellamy said in a statement: “Despite this year’s challenges, we are proud to be delivering the 2020 FIA World Rallycross and FIA European Rallycross Championships this season, and looking forward to Spain, Belgium and Germany to complete the season. We are currently evaluating multiple options for the future of these championships in discussion with the FIA, and will share more detail in due course.”

Having secured the commercial rights to FIA rallycross during 2012, IMG launched its new venture at Santa Pod in the UK in October that year.

The new-look European Rallycross Championship, initially tagged ‘rallycrossrx’ was given a revised event structure and increased promotion, which included live television coverage from the fourth round in Finland. The new era of the discipline attracted names like 2003 World Rally Champion Petter Solberg.

The shift to FIA World status took rallycross to new territories within Europe and further afield, like North and South America, Asia and later Africa and the Middle East. The series’ growth immediately started to attract manufacturer backing for teams, and world-renowned drivers like Mattias Ekstrom, Sebastien Loeb and Ken Block as permanent entrants.

However, manufacturer involvement ended amid plans to switch World RX’s top category to electric cars, initially intended to begin in 2020. Marques left either because the electric switch in the top tier was not for them, or that the electric transition was not happening quickly enough for their requirements. The series’ electric strategy has since been revised and EV technology is planned to be introduced to the discipline’s top class from 2022.

Continuing without direct manufacturer involvement and despite the financial implications that meant for teams, World RX enjoyed arguably its most competitive campaign to date in 2019.

The originally announced 2020 calendar was delayed and changed, as in all top-flight motor sport, due to the Coronavirus Pandemic, but the series has held six rounds so far as part of three double-header weekends in Sweden, Finland and Latvia. Four rounds of the 2020 campaign remain over three weekends in Spain (double-header), Belgium and Germany.

IMG was acquired by William Morris Endeavor in 2013, initially creating WME IMG and later being rebranded as Endeavor. It is not yet clear why IMG is withdrawing from rallycross, however, financial watchdogs in America reported in April that Endeavor, an events company, was in over $7billion debt and ratings agencies downgraded the company’s outlook to negative.

sportsgamingwirehttps://sportsgamingwire.com
As an Editor and an Sports Geek, it's my pleasure to share my knowledge about Sports and their various aspects that can impact our lives.
Previous articleThe 12 Best Games on PC
Next articleMinecraft Dungeons is getting new DLC and a season pass in December

Frijns had been one of the three...
Read more
Motorsport

In the seven other...
Read more
Motorsport

In the seven other...
Read more
Gaming