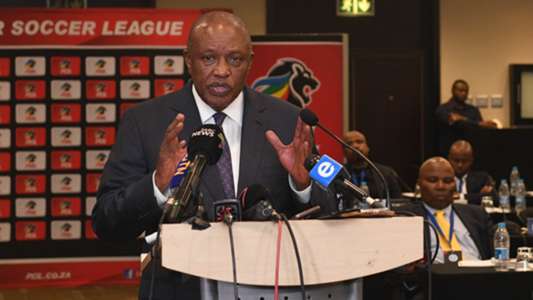 The PSL has confirmed the opening fixtures of the 2020-21 season in a statement released on Monday.

As previously indicated by the league’s chairman Dr Irvin Khoza, the MTN8 competition will kick start the campaign on October 17 with the league matches pencilled for October 24.

The teams that finished in the top four last season have been seeded – meaning they cannot meet each other until the semi-final stage.

They will also enjoy a home ground advantage as this has been the case in previous years.

Interestingly, the matches will not be played in a bio-bubble after the South African government moved from alert level 2 of lockdown to alert level 1 thus allowing flights to operate across the country under strict Covid-19 regulations.

The opening match of the campaign will see Tshakhuma Tsha Madzivhandila (TTM) take on defending champions SuperSport United on October 17. The encounter is scheduled to take place at Thohoyandou Stadium.

TTM qualified for the competition by virtue of purchasing Bidvest Wits‘ PSL status – and the Students finished in the top-eight bracket.

On the same day, Orlando Pirates will play host to Cape Town City at Orlando Stadium. Kickoff for that match is pencilled for 18h00.

Kaizer Chiefs and Mamelodi Sundowns will complete the quarter-final round on Sunday afternoon and evening respectively.

Amakhosi take on Maritzburg United at FNB Stadium at 15h00 while the Brazilians will be at Lucas Moripe Stadium against Bloemfontein Celtic at 18h00.

The Sundowns and Celtic clash will see a repeat of the Nedbank Cup final which was marred by the controversy around Tebogo Langerman’s inclusion in the team sheet despite being suspended.

Phunya Sele Sele lost the case despite Sundowns pleading guilty. The Brazilians were slapped with a fine while Celtic were told their complaint should have been lodged at least 30 minutes before kickoff.

The format of the competition hasn’t changed despite Covid-19 challenges facing the world – the semi-finals will be played over two legs with the aggregate winner progressing to the final.

However, the PSL announced in a statement that all four matches will be played behind closed doors.

sportsgamingwirehttps://sportsgamingwire.com
As an Editor and an Sports Geek, it's my pleasure to share my knowledge about Sports and their various aspects that can impact our lives.
Previous articleThe Americas WINDTRE Rising Stars final is here
Next article“Miz and Mrs.” set for Thursday, Nov. 12 return to USA Network