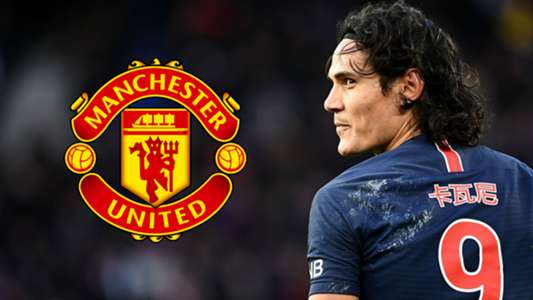 Edinson Cavani says he is ready to accept the responsibility of wearing the No 7 at Manchester United, with the Uruguayan saying he takes “great pride” in becoming the latest star to wear the shirt.

Cavani completed his move to Old Trafford on Monday, joining Man Utd on a one-year deal with the option for a further year.

Now officially signed, Cavani will wear the No 7 shirt, following the likes of Cristiano Ronaldo, David Beckham, Eric Cantona and George Best, and the former Paris Saint-Germain star says he understands the responsibility that comes with that number as he gets ready to begin his United career.

“It will give me great pride to wear the No 7 shirt for Manchester United,” Cavani told ESPN Argentina’s 90 Minutes. “Now I am going to prepare for this responsibility, do my best to be ready and enjoy it and I hope to make my mark at Manchester United.

“I have two years of a contract with Manchester United. I want to give it my all here. I feel good.”

Cavani revealed on Monday that he nearly quit football this past summer after he and his girlfriend battled Covid-19. The Uruguayan said he seriously considered retiring and moving to the countryside, leaving the game behind altogether.

Cavani hadn’t publicly revealed that he battled the virus, saying that he did not want to discuss it at the time.

“There was no need to tell anyone or say anything,” said Cavani.

“It would have been different if I had been playing, but it happened after we took vacation in Spain. After we arrived in Paris, we tested negative, but later, after that, my girlfriend showed symptoms so we repeated the test and she was positive and because she had it, I also had it. I am talking about it now because it already happened.”

Manchester United will not play this weekend due to the international break, giving the team an extra week to simmer following a lopsided 6-1 loss to Tottenham on Sunday.

They will return with a match against Newcastle United before then looking ahead to a Champions League clash with Cavani’s former club PSG.

sportsgamingwirehttps://sportsgamingwire.com
As an Editor and an Sports Geek, it's my pleasure to share my knowledge about Sports and their various aspects that can impact our lives.
Previous articleBerry Headlines IMCA National Championship Class
Next articleResident Evil movie reboot promises to be more Resident Evil this time round