FIFA 21 Ultimate Team: What you need to know about FUT 21 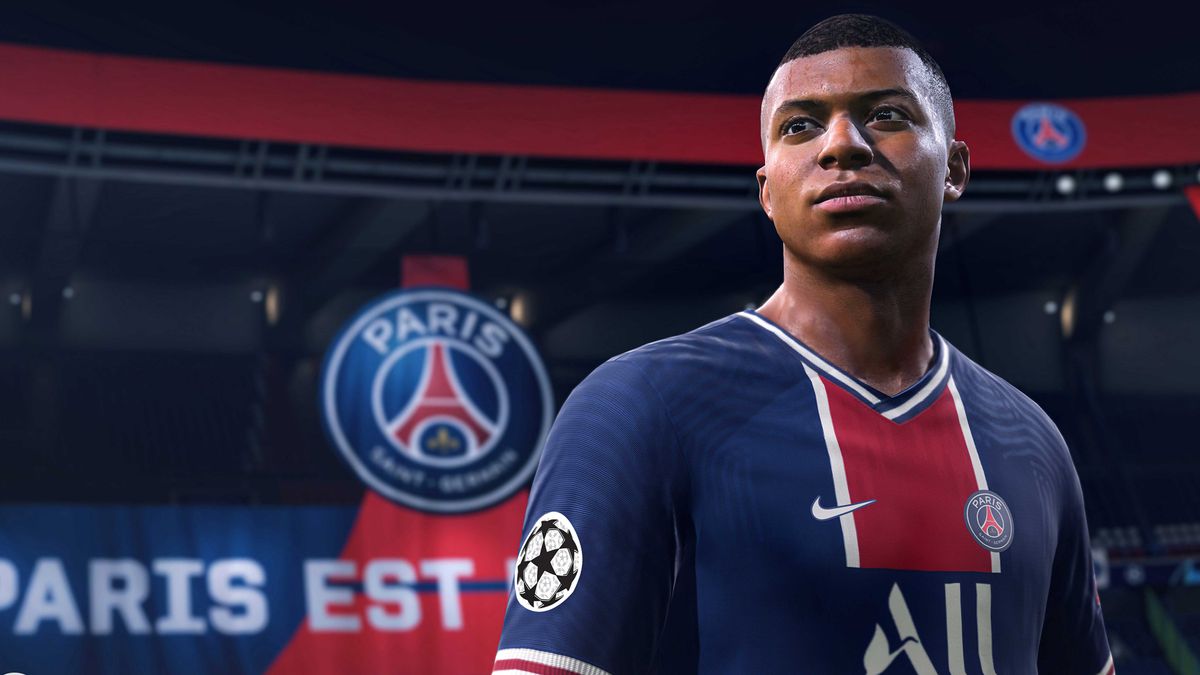 What’s changed in FIFA 21 Ultimate Team? Every year we see a few tweaks to FUT, making your time building your dream squad, battling through the ranks, and earning rewards more enjoyable. This year, EA is introducing several new improvements to FUT 21 that’ll streamline some of your duties, and let you pick up some extra goodies as you play.

There’s more room for customisation than ever before, encouraging you to put your stamp on your home stadium. It’s also even easier to get started in Division Rivals, even if you usually prefer playing Squad Battles. There’s lots to cover, so let’s take a look at some of the new features in FIFA 21 Ultimate Team.

If you’re an absolute beginner, Ultimate Team is a popular mode in FIFA that lets you buy and sell digital player cards. You can build squads to play competitively online, complete challenges, and even create a personalised stadium. If you’re keen to get started, I’ve put together a few tips to help you out.

SBCs offer rewards, making them a great way to earn a few extra packs early on, when they matter most. The best part about these is that you can do them on the FIFA 21 web app. Start working on these promptly, and try to use players that don’t fit into your squad to complete them. If you’re a few cards short, it’s definitely worth buying the remaining players to finish off the SBC, but keep an eye on the market value of the cards you may need. For example, some Silver players may cost thousands of coins because they slot into an SBC. People will stockpile them and bump their price up as they know others will be searching for them.

Whether you’re picking up FIFA for the first time, or returning as a veteran, you’ll know that it’s unrealistic to build a team filled with the best players the game has to offer in the opening weeks. While you’re short on Coins, consider building an affordable squad so that you can start winning matches and earning rewards. As you progress you’ll be able to buy more players and slot them into your team.

Don’t spend all your Coins on one player

Don’t make the mistake of emptying your bank for an impressive striker. There are eleven players on your side of the pitch, and you need a few reliable subs for when they get tired. Betting it all on a single player makes the rest of your team very weak, which means you’re likely to concede far more often in matches. Invest in your entire squad for the best results.

Stick to one league

It’s tempting to want to mix and match players, and there are some incredible hybrid teams that have emerged in the past. However, if you’re just starting out, it’s preferable to stick to one league. You want your team Chemistry to be as close to 100 as possible to buff your players’ attributes. Sticking with players that all belong to the same league makes that easily achievable. You’ll have plenty of time to explore with hybrid teams later on, but when constructing your first squad you don’t want those red lines in the Squad Builder forcing you to make awkward decisions on who to buy next.

Spend some time checking the market before hitting ‘Buy Now’ on a prospective player. There’s a Transfer Targets section in FUT 21 that lets you watch players, sort of like eBay. Once you have a good idea of how much a player is worth, try bidding on a few cards and see if you can pick up a bargain. It’s also worth filtering your search to check the lower bracket of their ‘Buy Now’ price as some people may list them slightly cheaper to sell them quickly.

You can earn Milestones rewards quickly by playing Squad Battles. For example, the ‘Score 500 goals’ and ‘Earn 500 assists with an 85+ squad’ each reward valuable packs, and you can reach these Milestones much faster if you set Squad Battles to the lowest difficulty. Score lots of goals and assists to rush these challenges down quickly.

After years of having to keep an eye on your squads’ wellbeing between matches, you can finally play FUT without having to worry about player Fitness. This means that at the start of each match, all FUT 21 players start at maximum Fitness. Not only does this save you time, it also saves your precious Coins. Gone are the days of begrudgingly buying these consumables, or worse, needing a backup squad to rotate in while you nurse your team back to peak performance. You’ll also be happy to learn that Training cards, which previously boosted player stats for a single match, have also been removed.

Healing items are now far less complicated. They can now be applied to any injury, and there are just two Healing items in FIFA 21:

Work together in new Events

Community and Team events have been added to FUT 21, offering more rewards that bring FIFA’s player base together. By completing specific objectives, you’ll contribute to a global XP pool. Whenever this XP spills past a Milestone, you’ll earn a reward for helping to make it happen. Expect Stadium Themes and TIFOs as rewards.

Team events are more competitive, challenging you to pick between as many as five different teams to complete unique objectives. The winning team receives customised items, as well as packs and Coins. If you’re signing up for a Team Event, it’s in your best interest to complete as many of the objectives as possible to give your group the best chances of winning.

FUT 21 welcomes more ICONs this year including Xavi, Fernando Torres, and Invincibles left-back, Ashley Cole. There are now 100 ICONs in Ultimate Team and while my odds of owning one of these anytime soon are slim, I’m still holding onto the dream of unpacking a Thierry Henry card. Anyway, here are all the new FUT 21 ICONs:

You can check to see your favourite ICON’s stats on The FUT 100 list.

Use Squad Battle results for your Division Rivals placement

The competition is fierce as you grind through divisions in FIFA, and it can be especially daunting if you usually focus on the single-player side of things. Previously, if you wanted to play the Division Rivals mode, you’d have to work through five placement matches to obtain a skill rating. However, your first 30 Squad Battles matches can be taken into account instead, using your difficulty level and match results to place you.

If you’re already a confident player it’s worth sticking with your Division Rivals placement matches instead. Not only will you receive your Division ranking quicker, judging by others’ experiences so far, you’re likely to place higher, too. Once you’ve received your rank, there’s also a new cap on the number of games that count towards your progress each week. Only your first 30 games of Rivals will affect your weekly score, so you still have the chance to do well, even when you can’t dedicate as much time to this mode as others.

It’s nice to have more ways to ease into Divisions Rivals, but the rewards are also far more encouraging this year. You’ll receive a tidy sum of Coins each time you’re promoted to a new Division. This one-time reward is added to your club straight away, so you can put your earnings to good use and begin bolstering your squad with new signings. These changes also mean that your placement matches grant better returns as you’ll receive Coins for every division you’ve passed along the way. For example, if you land in Division 7, you’ll receive all the Coins awarded for reaching Divisions 10, 9, 8, and 7.

Get creative with your FUT Stadium

Kicking the ball around in iconic stadiums is part of the FIFA experience, but if you’re building a squad from scratch, why not construct your stadium that way, too? The FUT Stadium is highly customisable, giving you the opportunity to colour-coordinate your kits, celebrations, crowd chants, and more. The further you progress, the better your stadium becomes, and there are plenty of customisable items and upgrades to earn as you play. Eventually, you’ll be able to expand to the FUT Challengers and FUT Champions versions of this Stadium, too. However, if you don’t fancy leaving the comforting grounds of the Emirates, Old Trafford, or Anfield, there’s no pressure to leave.

Challenge yourself in Live FUT Friendlies

Live FUT Friendlies combine House and Squad Rules to create limited-time friendly matches. Squad Rules introduce restrictions such as the rarity, or league that your players have to be from in order to compete. Occasionally, these will also be attached to objectives.

Play with your pals

Playing football is always better with friends, whether you’re teaming up to claw your way to the next Division, or schooling your buddy in a friendly. If co-op play is your cup of tea, you’ll be able to join forces with a friend online in Division Rivals, Squad Battles, and FUT Friendlies this year. Rather than burning valuable playtime in the menus, creating lobbies, and inviting friends is now available at the touch of a button—RT/R2 to be exact.

In line with the caps introduced for solo Division Rivals and Squad Battles, co-op matches will also count as a ‘scored match’ for each person. Keep an eye on how many weekly scored matches you and your friend have remaining, as your matches won’t count towards your weekly score unless you both have games to spare. If you’re very keen, you can continue playing to increase your skill rating and earn more Coins though.

It’s also worth noting that matchmaking takes the highest skill rating into account, so if your buddy is ranked higher than you, you’ll still have to play opponents in their Division. To avoid boosting, you won’t progress much faster even if you’re consistently beating others that are ranked higher than you in co-op matches. You can search for Rivals matches versus solo players, or a mixture of solo and co-op parties.

sportsgamingwirehttps://sportsgamingwire.com
As an Editor and an Sports Geek, it's my pleasure to share my knowledge about Sports and their various aspects that can impact our lives.
Previous articleDDR5-5600 RAM is ready and waiting for the first compatible CPUs
Next articleOduor and new faces Kimanzi should hand Kenya debuts to against Zambia