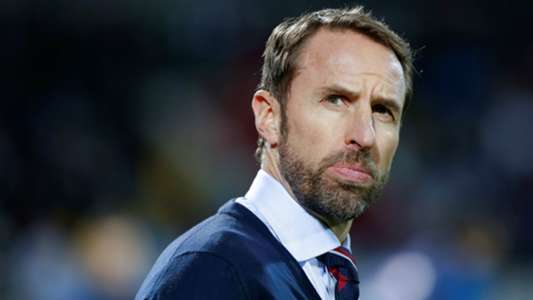 England manager Gareth Southgate has led a team-wide meeting where the players were reminded of their responsibilities after recent coronavirus guideline breaches.

Ben Chilwell, Jadon Sancho and Tammy Abraham will likely miss a friendly match against Wales this week after attending a surprise party for the Chelsea striker.

While Abraham has since apologised, the incident has led to the entire squad being reminded of their responsibilities.

Leicester City star Harvey Barnes revealed Southgate and the players themselves have since discussed how they should be behaving on and off the pitch.

“As players we haven’t spoken to those boys so we don’t know exactly what has gone on but as a group we had a chat yesterday, just a reminder to make sure we are all on the same page and we all understand the responsibility that comes with representing your country,” Barnes said.

“It was a general meeting with the squad – not just Gareth but as players we all spoke as well and made sure we are all on the same page with it.

“We realise the responsibility that we have now and as players we know that we are in the public eye.

“I suppose the responsibility and the actions that we make are going to be out there so it was just really a reminder to everyone, making sure we’re doing stuff right on and off the pitch.”

“Everybody is likely to make mistakes at times but it’s important we learn from it, apologise, recognise where you’ve gone wrong and keep improving.”

Southgate’s side face Wales at Wembley on Thursday before playing both Belgium and Denmark in the Nations League.

England have avoided defeat in their past five matches and haven’t conceded a single goal in the process. The Three Lions’ last loss date back to October 2019 when they fell 2-1 to the Czech Republic.

sportsgamingwirehttps://sportsgamingwire.com
As an Editor and an Sports Geek, it's my pleasure to share my knowledge about Sports and their various aspects that can impact our lives.
Previous articleRainy Season Is Incredibly Chill
Next articleInjury update on Adam Cole and Velveteen Dream following TakeOver 31

As the U.S. barrels towards a history-shaping day...
Read more
Load more