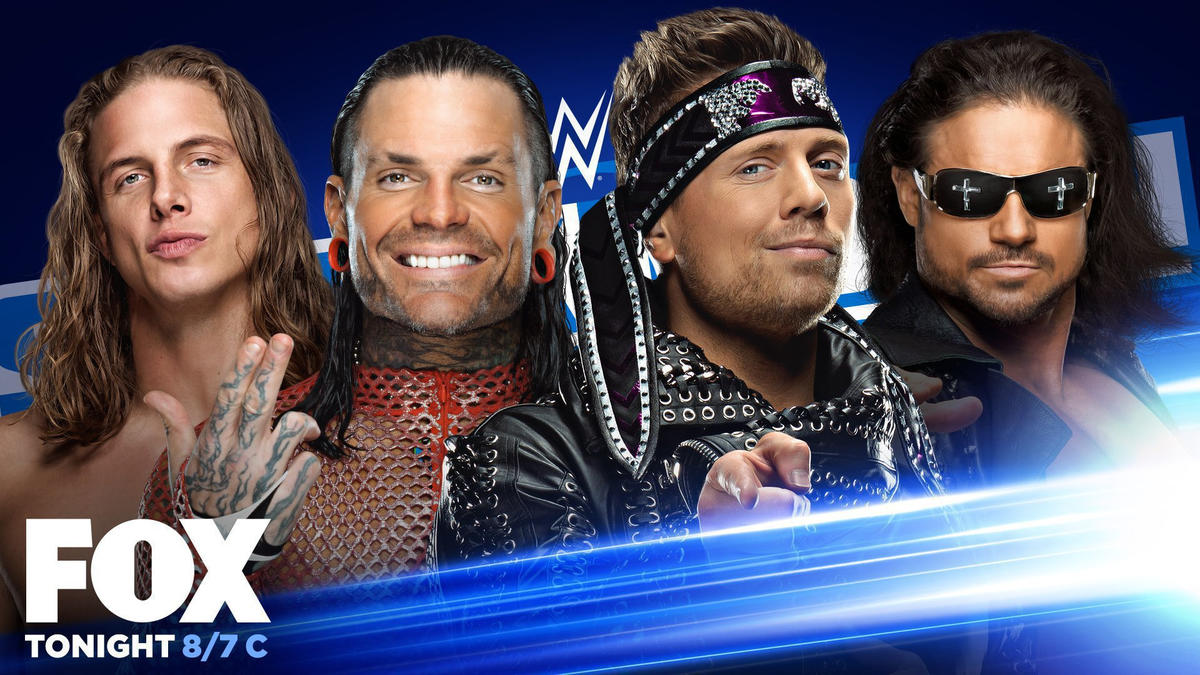 Before he potentially changes brands in the WWE Draft, Matt Riddle wants to fulfill a dream: team with Jeff Hardy.

He’ll realize that dream tonight on SmackDown when The Original Bro & The Charismatic Enigma face The Miz & John Morrison, who look to prove they’re the greatest tag team of the 21st century.

Riddle recalled being a huge Hardy Boyz fan growing up, sharing a photo of he and Jeff on social media. Hardy was more than amenable to the idea, even proposing some potential double-team offense for the duo.

Both Superstars are eligible to be drafted tonight.

Three-time Tag Team Champions Miz & Morrison were hardly impressed by the potential pairing, doubting Riddle & Hardy’s ability to match up with the Dirt Sheet duo, setting the stage for this bout.

BroetryInMotion could be great 😂 You guys would be almost as good as The Greatest Tag Team of the 21st Century 😎 @mikethemiz 😎 https://t.co/qfs8eKVeKr

This is laughable! @TheRealMorrison & I are the Greatest Tag Team of the 21st Century and easily defeating you guys would be another addition in our long list of must-see moments! https://t.co/udxVZFLMZe

Will the dream team of Riddle & Hardy prevail, or will The A-Listers’ experience together be too much to overcome? Catch this matchup and the WWE Draft tonight on SmackDown at 8/7 C on FOX!

sportsgamingwirehttps://sportsgamingwire.com
As an Editor and an Sports Geek, it's my pleasure to share my knowledge about Sports and their various aspects that can impact our lives.
Previous articleWhat Is Monster Hunter Rise?
Next articleStar Wars: Squadrons Studio Motive Has Several New Games In The Works

Inside a gymnasium in Aizawl, Mizoram, a stocky,...
Read more
Load more