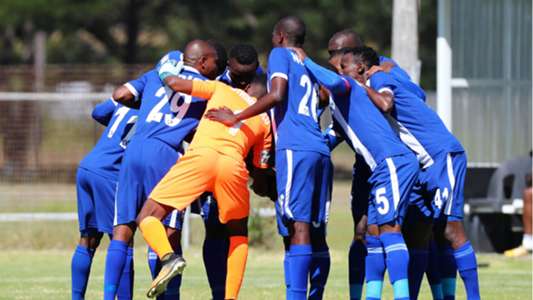 Chamane was gunned down in Tongaat, KwaZulu Natal on Thursday night while driving home.

According to club’s director Nkosinathi Chili, Chamane was stopped by armed men with AK47 who then shot him repeatedly.

The acting chairman was declared dead even before he could get to the hospital.

“Our acting chairman Chamane was shot dead in Tongaat last night with plenty of bullets while in his car,” Chili told Daily Sun.

Uthongathi have now lost two chairmen in just over two years after Nicholas Mkhize was also gunned down in September 2018.

At the time, Mkhize had just stepped out of the club’s meeting to discuss plans for the 2018-19 season.

And Chili feels this whole thing is a plot against the club’s hierarchy, saying they do not know who could be next.

“We are shocked and we don’t know what we did wrong,” said Chili.

“Even when we are sitting together in a meeting, we even joke to ourselves on who is next because signs are there someone is next.”

“We don’t know what we did wrong that we can’t be forgiven we are deeply saddened to see our fellow colleagues are passing away in this manner because you can see this thing is planned.”

Uthongathi has been one of the most promising sides in the NFD since their promotion from the ABC Motsepe League.

Under the leadership of Chamane, the club came close to securing a spot in the promotion/relegation playoffs after consistently being in the top three last season.

However, Chamane departs this world without realising his dream of leading Uthongathi to the PSL.

sportsgamingwirehttps://sportsgamingwire.com
As an Editor and an Sports Geek, it's my pleasure to share my knowledge about Sports and their various aspects that can impact our lives.
Previous articleWhat are we all playing this weekend?
Next article​Nyakeya and four players who impressed for Kenya against Zambia