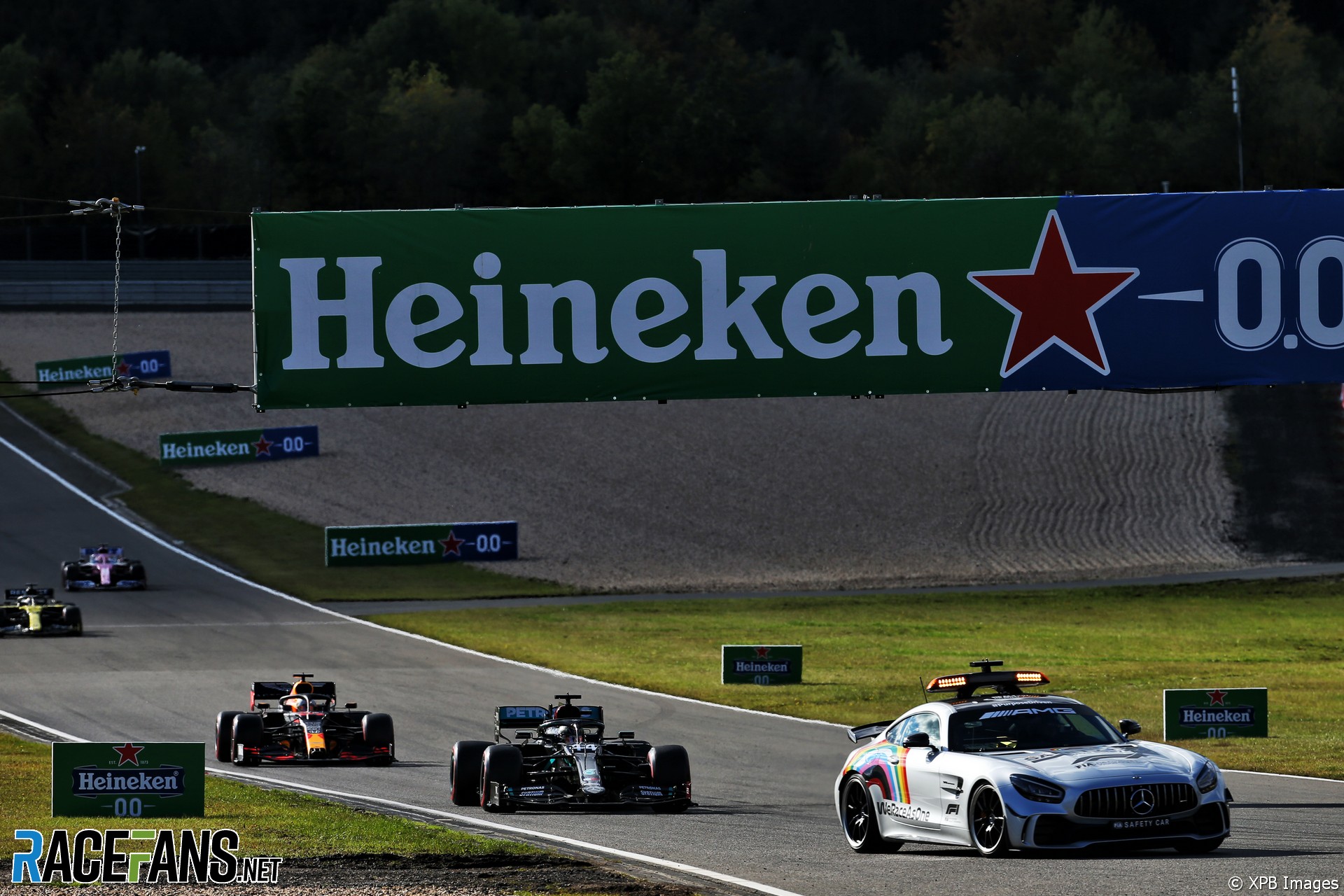 FIA Formula 1 race director Michael Masi rejected claims the Safety Car was used at the end of the Eifel Grand Prix to compress the field and create a more exciting race.

Max Verstappen was among those who criticised the decision to deploy the Safety Car after Lando Norris stopped his McLaren at the Dunlop curve late in the race. The McLaren had suffered a power unit problem and Norris stopped adjacent to a gap in the barrier.

“I don’t think we needed a Safety Car,” said Verstappen, who had been running second behind Lewis Hamilton at the time. “You could have done it with a Virtual Safety Car. But I think they just wanted to make it more exciting again because of the gaps.”

Masi denied this was the case, saying there were two reasons why the Safety Car was used in response to Norris stopping. “One was obviously Lando’s car had some smoke and fire, so that was one point,” he said.

“The other one was at first glance we weren’t confident that the car could actually be recovered into the opening that was there due to the tightness of it. So rather than having to react along the way, it was determined to go for a Safety Car. That way it could be dealt with all at once, immediately. So it’s the safest action in that circumstance.”

Verstappen was also unhappy about the length of time the Safety Car spent on-track in the cold conditions. He and other drivers complained about falling tyre temperatures prior to the restart.

“At the track here where it’s so cold with the tyres we have, you need to bring them up to temperature,” he said. “It was quite dangerous out there.

“The problem as well is that three or four cars are all the time behind the Safety Car [but] the others get the wave-around and they can warm up their tyres because they’re pushing. So it’s also an unfair advantage for the guys behind us. But anyway, we’ll talk about it and see what happens.”

The delay in ending the Safety Car period happened because of the length of time it took to wave the lapped cars through, said Masi.

“There’s a requirement in the sporting regulations to wave all the lapped cars passed. So from that point it was position six onwards that were still running. Between 10, 11 cars had to unlap themselves. And therefore the Safety Car period was a bit longer than what we would have normally expected.”

sportsgamingwirehttps://sportsgamingwire.com
As an Editor and an Sports Geek, it's my pleasure to share my knowledge about Sports and their various aspects that can impact our lives.
Previous articleUmotong continues goalscoring streak with Vaxjo winning goal against Pitea
Next articleK/DA Is Coming To League Of Legends, Legends Of Runeterra, And Teamfight Tactics With New Gear