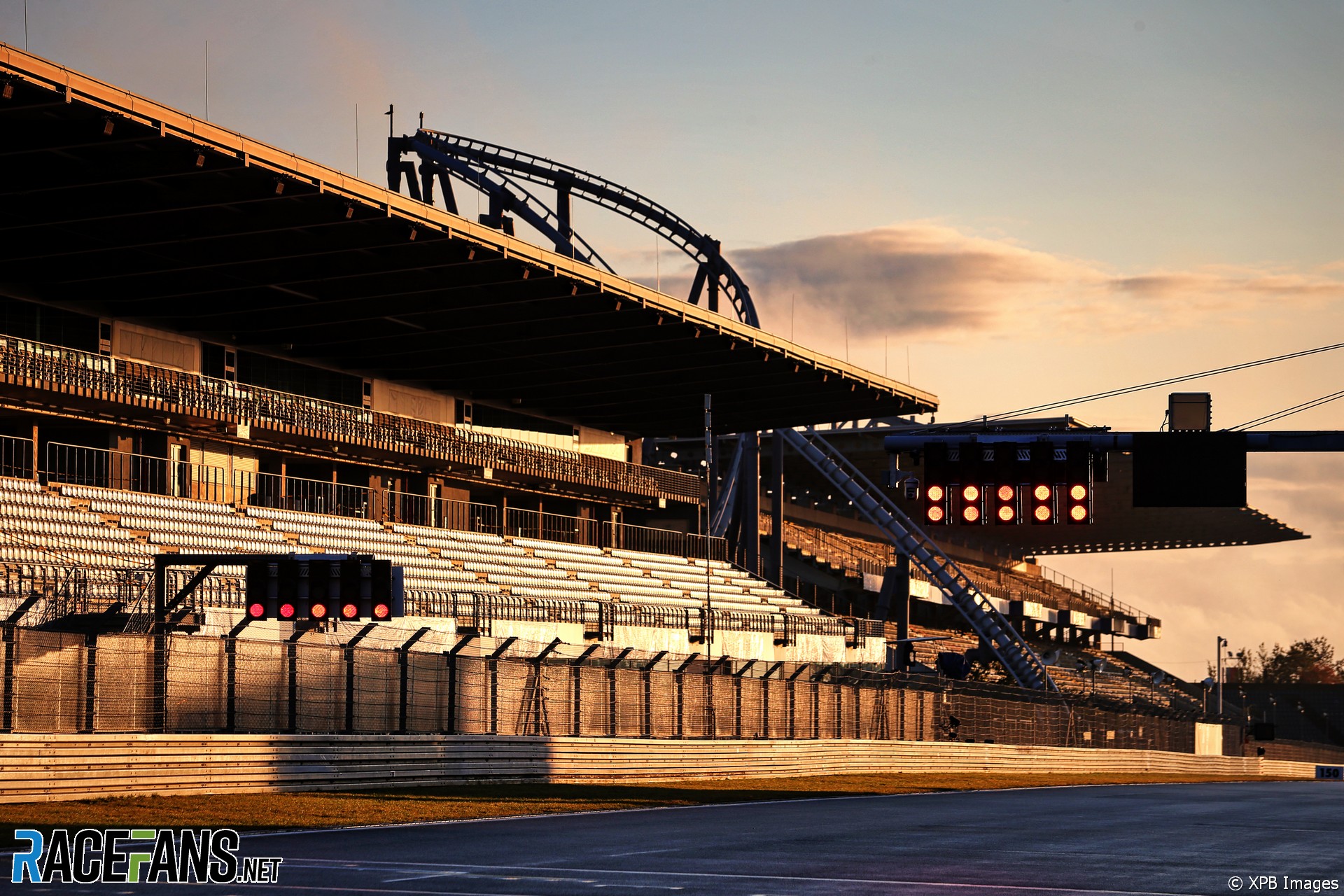 During his Nurburgring trip Dieter Rencken learned the W Series is likely to play a bigger supporting role on the 2021 F1 calendar – and also found time to drive his first lap of the Nordschleife.

Depart home after the early morning rush in my Audi TTS for the Nürburgring, a 240km drive. While filling up I decide that given the weather forecast – mainly cold and wet – its nonsensical to travel in a cabriolet, so return home and grab the diesel family wagon. I later regret this decision massively…

I arrive at the ’Ring shortly before midday and present myself for Covid testing. This is performed with Teutonic thoroughness: stick swab stick up both nostrils as far as possible, then twist to drill deeper. Needless to say, it proves the most uncomfortable of my seven tests thus far.

In order to maximise the trip I arranged a visit to Toyota Gazoo Racing on the outskirts of Cologne, an hour from the circuit. TGR, known as Toyota Motorsport during the company’s F1 engagement, operates the highly successful WEC programme and provides technological support for WRC and other projects.

TGR also rents out its facilities – reckoned to be amongst the best in the business – with McLaren designating the wind tunnel as its own in line with FIA regulations.

Toyota last month completed a hat-trick of Le Mans wins congratulations are obviously in order, then question time: Given a lack of top-class competition in the LMP1 category, how conservative has Toyota been in terms of technology and strategies?

Managing director Rob Leupen points out that each entry starts with a fighting chance of beating its sister car thus strategies are on the limit. Regarding technologies, he points out that the current cars were designed to beat Porsche – which they twice came close to achieving – and thus they were built to the limits of prevailing regulations, which have hardly changed since.

A visit to the wind tunnel provides an added treat: Retired cars and well-worn prototypes are stored here. I can’t get enough of viewing old race cars – each has a special place in history, regardless of how successful it proved to be. A special touch is the humming of wind tunnel fans running full blast overhead as we wander about the collection: past and future in one building. Next year’s Le Mans winner? McLaren MCL36 prototype? No reply… 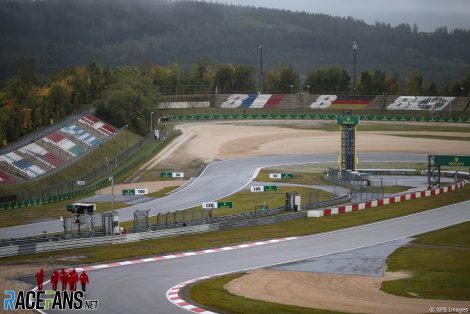 Drive from Cologne to Nurburg. Since the last grand prix here in 2013 I’ve visited the place variously, thrice for the Oldtimer Grand Prix in August. Each time I’ve marvelled at the project which combines old and new in one complex: historic Nordschleife circuit and ‘Newburgring’ nestling in its shadow. I’m told half a billion Euros was expended, then a political scandal hit the place so it was sold for a fifth that…

It’s great to be back in the media centre for the first time since Mugello (my Sochi flights were cancelled at short notice) particularly as there are familiar faces I haven’t seen this year.

At noon I receive a tip-off that a Mercedes employee contracted Covid-19 and that team members are isolated, resulting in six replacements being flown in from Brackley. I’m also advised a photographer has the virus, the first amongst media centre inhabitants, I believe. If anything, the quick reactions prove F1’s protocols are working as planned – hat tip to those concerned.

I’m booked into a comfortable guest house around seven kilometres from the circuit, a pleasant change from previous events when anything less than 20km away was unaffordable. It’s one of the advantages of F1’s Covid calendar – little traffic, cheap(er) accommodation close(r) to venues – but obviously I’d rather have what we knew as ‘normality’. 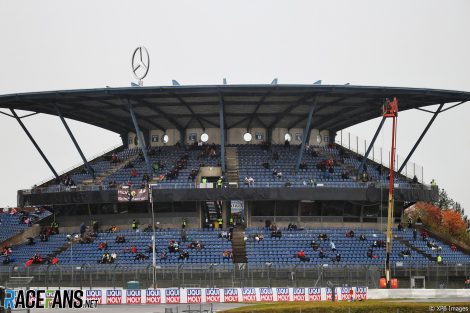 My landlord reckons the Nürburgring is the most intuitive circuit on the planet: during recent lockdowns the area suffered drought-like conditions; no sooner does racing return than deluges start, whether during DTM rounds or the 24-hour race, which was red-flagged for nine hours.

Rain is forecast throughout the day; worse, low-lying cloud is predicted and the circuit lies in the dense mist area – I fear the medical helicopter may be grounded. So it turns out.

A solution for Saturday and Sunday, should fog prevail, is tabled during the drivers’ briefing: ambulance by road to an alternate helipad area three kilometres from the circuit, enabling FIA criteria to be met. It’s a sensible solution but it begs the question why was this not considered earlier, particularly given Nürburg’s notoriously capricious weather?

During the day I’m tipped off about a further case of Covid at Mercedes. Enquiries are met with unease, but the information came to me; I did not snoop nor eavesdrop. Moral: teams should tighten up on internal security, not blame messengers. 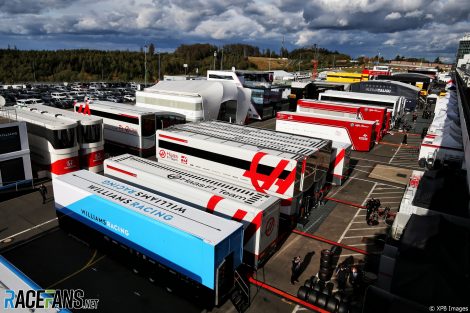 Why is this round is known as the Eifel Grand Prix, not German, Luxembourg or European as was previously the case? The reason lies in protocols and rushed negotiations: Germany has two automobile clubs, ADAC and AvD, the former traditionally working with Hockenheim and the latter Nürburgring. Both historically lay claim to ‘German Grand Prix’.

However, they subscribe to a unifying body, DMSB, which in this case was called upon to act as official club. During negotiations Liberty played both circuits off against each other and insisting on national (or previous) titles would have complicated matters when time was of the essence.

Obviously there are no interview sessions save for a Pirelli interview – during which I ask Mario Isola whether a perceived spate of tyre deflations in F2 is due to 18-inch tyres; he says not, but that the situation is being monitored. So I’m out of the media centre by 7pm and have a burger at a pub situated directly below the Nürburg fort. 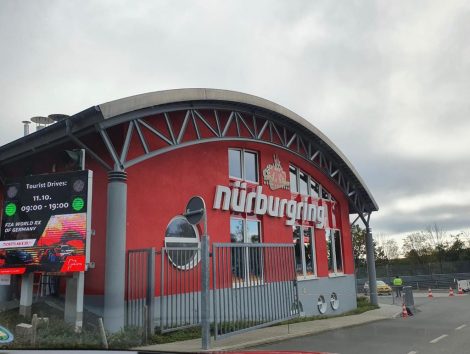 Sunny but bitterly cold, which adds to the challenge after zero running on Friday at a circuit last used by F1 seven years ago. There’s a flurry of excitement when I’m told that super-sub Nico Hulkenberg is en route to the circuit, to take over from the indisposed Lance Stroll. So it pans out, with the German eventually placing a solid eighth in the race after just 10 pre-race laps. When you truly have it you clearly never lose it.

I also pick up that plans are afoot for the 2021 W Series to form part of the F1 support package at certain events. This will necessitate a split for F2 and F3, with the women’s series and F2 and alternating with the latter championship. Up to three events per weekend are planned for each series in order to provide the requisite number of championship rounds. According to our sources there should be cost savings for teams due to less travel.

After qualifying we have our usual run of sessions with the common thread being that two-day weekends could work, but not be taken as reason for calendar expansion due to a fewer number of ‘working days’.

As I leave the media centre I receive mixed news: The media officer has provided four complimentary passes for Sunday morning on the Nordschleife, and I’m a selected recipient. That’s the good news; the bad news is I chose to come in the family wagon. Still, no complaints as its been a long-held ambition of mine to lap the historic circuit. How I regret swapping cars on Wednesday…

Wake up early, with mixed feelings – do I really want to follow in the tracks of Fangio, Clark and Stewart in a diesel wagon? After a two-second sweat the answer is “Of course”, so I breakfast and head for the pre-lap parking lot where a disparate variety of cars is assembled; owners displaying nervous grins: Audis, BMWs, Mercedes, Mazda MX5s, Porsches, a Volvo 4×4, plenty hot hatches and a couple of ‘Ring-Rent’ hire cars.

Once inside the perimeter the process is surprisingly painless: Access for what is dubbed “tourist drives” is via prepaid card (lap cost about 25 bucks, depending upon day), with feeder lanes operating much like toll roads – swipe card, boom opens, head out. All I’ll say is that lapping the Ring is an indescribable experience, one to which words could never do full justice.

Incredibly, F1 once raced here in all sorts of weather, and my already enormous respect for sixties heroes went up three notches with each passing kilometre of its near-21 km length. Officially the layout has 73 corners (40 right and 33 left) and elevation of almost 300 metres, with maximum gradients and slopes of 17 and 13 percent respectively.

Filming and timing is prohibited, and strict protocols apply – lights on, slower cars stick to right side of the track, overtaking on left only, speed limits where applicable to be observed – as per a VSC or pitlane limits. On my lap a slight detour complete with yellow flags is in place due to the grand prix.

An English journalist who attended the opening race (for motorcycles!) in 1927 opined that the layout seemed to have been designed by “a reeling, drunken giant sent out to determine the route.” Who am I to try beat that apt description? 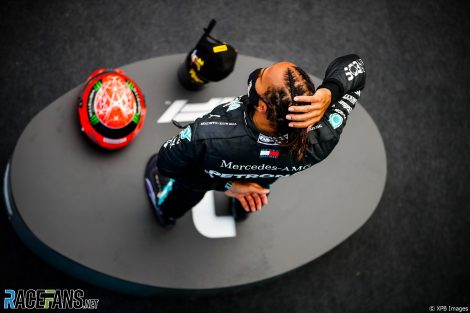 On a previous visit I’d bought a chromed circuit layout sticker, promising myself that I’d only affix it to a car I’d lapped the Ring in – now it will adorn the back of a Skoda Octavia. Actually, on second thoughts, the experience tastes of a lot more, so I’ll head out to the Eifel sometime soon, but in the Audi.

After the Nordschleife the rest of the day simply seems mundane, Lewis Hamilton’s 91st F1 career victory and Cyril Abiteboul’s pending tattoo for a lost bet with Dan Ricciardo over a first podium notwithstanding.

At 7pm I pack up and head home on strangely quiet roads – the promoters were granted permits for 20,000 fans, then throttled back as Covid returned; thus only 13,000 saw F1’s return to the Eifel. Still, it marks a gradual return to normality which I hope continues in Portimao in a fortnight. I’ll be there – provided flights aren’t cancelled at short notice.

sportsgamingwirehttps://sportsgamingwire.com
As an Editor and an Sports Geek, it's my pleasure to share my knowledge about Sports and their various aspects that can impact our lives.
Previous articleRafa proud after beating odds to demolish Djokovic
Next articleEmanuel Navarrete’s flawed arrival at featherweight

As first revealed by Motorsport.com, the Newcastle...
Read more
Motorsport