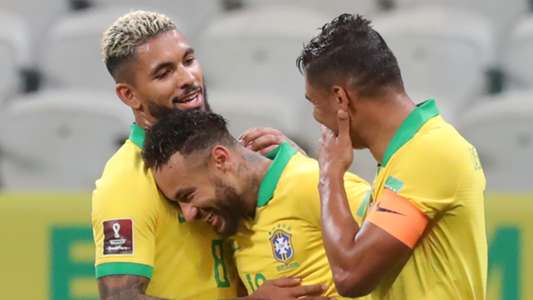 The South American section of the qualifying campaign for the 2022 World Cup kicked off on Friday as CONMEBOL teams began their road to Qatar with the first of 18 matches due to take place during the next 17 months.

Four of the five games played on Friday produced home wins, with Peru the only away team to pick up any points as they drew 2-2 with Paraguay.

Roberto Firmino scored his first-ever brace for Brazil to help the Selecao take an early lead in the confederation table, beating Bolivia 5-0, while a double from Luis Muriel helped Colombia to a 3-0 win over Venezuela.

Argentina was forced to turn to Lionel Messi again to beat Ecuador, with the six-time Ballon d’Or winner scoring the only goal of the game from the penalty spot.

Matchday 2 should prove to be easier for Argentina as they travel to Bolivia, while Brazil will take on Peru in Lima.

Chile versus Colombia has been given the late kick-off slot and sees Chile looking to bounce back after a disappointing 2-1 defeat to Uruguay.

Tuesday’s games promise to be exciting affairs but only one game is on regular cable: Venezuela vs Paraguay.

The other four CONMEBOL qualifiers can be watched on pay-per view through Fanatiz, who offer the option to stream each game for $29.95.

Watch the South American Qualifiers live on Fanatiz. Get your National Team’s bundle and get 3 months free

sportsgamingwirehttps://sportsgamingwire.com
As an Editor and an Sports Geek, it's my pleasure to share my knowledge about Sports and their various aspects that can impact our lives.
Previous articleWWE’s YouTube channel surpasses 50 billion views
Next articleFIFA 21: Who is the tallest striker?