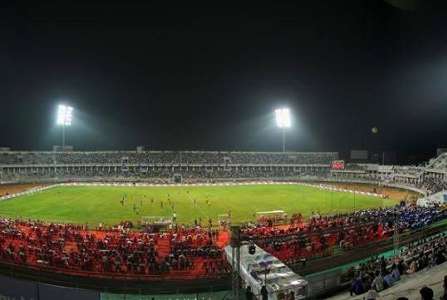 The outlook seems bright for football in Kerala right now. With the advent of clubs like Kerala Blasters and Gokulam Kerala, football fans from the state have had a team to root for in the top leagues of the country after a long time.

There is more good news in the offing as United World Group, a leading sports management firm which has three football clubs under their umbrella including Premier League outfit Sheffield United, have made their foray into Indian football.

United World Group have bought Quartz FC, an established club based in Kozhikode, and have rechristened it as FC Kerala United, Goal can confirm. Though the deal has not been officially announced, the paperwork and all the formalities have been completed.

Kerala United becomes the fourth club to come under the umbrella of the United World Group. Apart from Sheffield United, who finished ninth in the Premier League last season, K Beerschot VA (currently playing in the Belgian Pro League) and Al Hilal United (UAE Second Division League) are also part of the group.

Goal understands that Kerala United will be participating in the Kerala Premier League and the I-League 2nd Division in the 2020-21 season and are aiming to play the top tier league of the country in due course.

There are long term plans in the offing for the group, including the establishment of football academies and grassroots projects across the country, not just in Kozhikode. The projects will aim to bring kids into a professional coaching fold at a very young age, as they have done in Dubai with Al Hilal United FC.

However, the short-term aim for the group will be to establish a fan base and foundation for the club before venturing into the long term plans.

United World Group had identified Asia, and India in particular, as having huge potential for the growth of football, given that the market has reached the saturation point in Europe. The group cast their eyes initially on clubs in Mumbai or Kolkata in India, as per sources close to the development. But after evaluating the market, the passion for the game in Kerala convinced them to buy a club in the South-Western coastal state.

The group had also tried to register a club from Malappuram, given the kind of following the game gets in the district, but were then forced to look elsewhere before they zeroed in on Quartz FC.

Quartz FC, established in 1976, was previously owned by Kozhikode District Football Association (KDFA) secretary P Haridas. The club was a regular participant in the state leagues and tournaments and have even taken part in the I-League 2nd Division in the recent past.

Now as a sister club of the famed Sheffield United, Kerala United will become yet another fully professional club from the state and will look to sow the seeds of a football revolution. On a whole, this is good news for Indian football.

sportsgamingwirehttps://sportsgamingwire.com
As an Editor and an Sports Geek, it's my pleasure to share my knowledge about Sports and their various aspects that can impact our lives.
Previous articleOn This Day: The brilliant Azumah Nelson steamrolls Pat Cowdell inside a round
Next articleAlbon had a “pretty sensible weekend” and his penalty was “harsh”