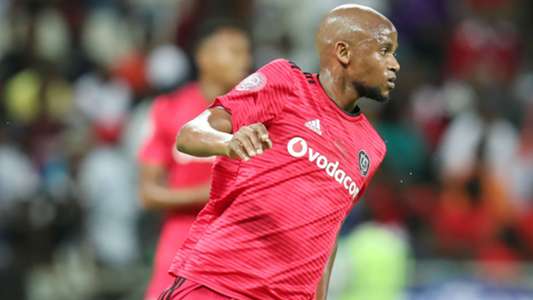 Mlambo parted ways with the Sea Robbers last week after a frustrating few months which saw him become a benchwarmer under Josef Zinnbauer.

And Sukazi feels the Soweto-born midfielder would fit in like a hand in a glove at the Rockets because his style of play is identical to that of the club.

“Xola can fit in like a glove at TS Galaxy. His style of play is identical or synonymous with how we play at TS Galaxy,” Sukazi told reporters in Durban.

Furthermore, Sukazi believes Mlambo would quickly settle in at TS Galaxy as there are familiar faces, including that of coach Dan Malesela.

The pair worked together at both Chippa United and Cape Town All Stars before Mlambo went to join Bidvest Wits.

“There is a lot of familiar faces for him at Galaxy. That is a suitable environment for him. He has an opportunity to settle much better here at TS Galaxy,” he said.

Sukazi has no doubt that Mlambo is an excellent and talented player and admits they would be foolish not to want to sign the central midfielder.

However, the former agent understands that other clubs are also keeping an eye on Mlambo, and said whether or not they win the race to sign him is something they will have to wait and see.

“Yes, very much so. He is such a talent. We would be foolish to say we are not interested in him. Whether we will manage to have him, it remains to be seen. There is competition after all. Other clubs also want him,” added Sukazi.

Mlambo, 29, made 50 appearances for the Soweto giants during his two-and-a-half-year stay, found the back of the net once and registered six assists, and TS Galaxy would hope to see him replicate the same form for them provided they acquire his services.

Sukazi is already assembling a solid squad that will compete in the PSL and one of their marquee signings was Ebrahim Seedat, who joined the club from Cape Town City last week.

sportsgamingwirehttps://sportsgamingwire.com
As an Editor and an Sports Geek, it's my pleasure to share my knowledge about Sports and their various aspects that can impact our lives.
Previous articleDell’s 240Hz Alienware monitors are 40% off right now
Next articleRossi “didn’t understand” why he crashed in French GP