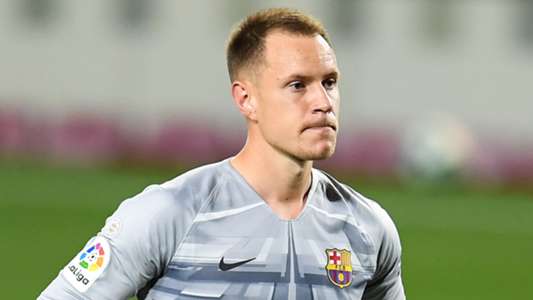 Barca are in the process of trying to tie their first-choice goalkeeper down to fresh terms, with his existing deal set to expire in the summer of 2022.

Ter Stegen is willing to commit his future to the club through to 2025, but an agreement on his final pay packet has yet to be reached.

Goal can confirm that the Germany international has agreed to lower his wage expectations amid the financial uncertainty of the Covid-19 crisis, but is still pushing to become the highest-paid keeper in world football.

He is willing to accept an annual total of €18m (£16m/$21m), which would put him behind only six-time Ballon d’Or winner Lionel Messi in the list of top earners at Barca.

However, the Spanish giants have already exceeded La Liga‘s staff cost limits and reduced their budget in the continued absence of supporters.

Goal has learned that the board is currently split between those who think Ter Stegen’s renewal should be prioritised and members who insist that the club cannot afford to offer such a lucrative deal in the current climate.

The 28-year-old is confident that Barca will ultimately decide to meet his demands, though, and is currently focusing all his efforts on making a swift comeback from surgery on a knee injury.

Ter Stegen went under the knife at the start of pre-season after being hampered by the issue throughout the 2019-20 campaign, with Neto stepping in as his replacement.

The Brazilian keeper has so far proven to be a more than capable deputy, helping Barca pick up seven points from their opening three La Liga matches.

Ronald Koeman’s squad will reconvene after the international break later this week ahead of a trip to Getafe on Saturday, which comes three days before the Champions League group stage kicks off.

Barca will open their latest bid for European glory with a home fixture against Hungarian outfit Ferencvaros, with Juventus and Dynamo Kiev also drawn in Group G.

sportsgamingwirehttps://sportsgamingwire.com
As an Editor and an Sports Geek, it's my pleasure to share my knowledge about Sports and their various aspects that can impact our lives.
Previous articleSquadron 42 will be “done when it’s done”, says director
Next articleMario Kart In Your Living Room