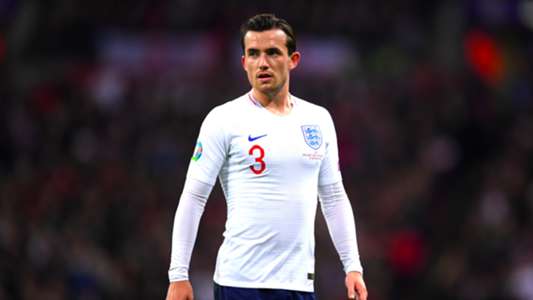 Ben Chilwell and Kieran Trippier have left the England camp ahead of a midweek clash with Denmark.

The Three Lions are currently preparing to take on Denmark in the UEFA Nations League at Wembley on Wednesday.

Gareth Southgate’s side moved to the top of their group by beating Belgium 2-1 at the same venue on Sunday, thanks to goals from Marcus Rashford and Mason Mount.

That result was recorded three days after an impressive 3-0 friendly win over Wales, which saw a number of new faces handed debuts, including Dominic Calvert-Lewin, Conor Coady and Reece James.

England’s latest international break hasn’t been without controversy, though, with a coronavirus rules breach dominating headlines before the meeting with Wales.

Chilwell, Jadon Sancho and Tammy Abraham were all filmed attending the Chelsea‘s striker’s 23rd birthday party on October 3, and were subsequently left out of Southgate’s plans for the Wales fixture.

The Three Lions boss welcomed Sancho and Abraham back into the squad ahead of the clash with Belgium, but Chilwell was forced to remain on the sidelines as a precaution after displaying mild Covid-19 symptoms.

The Chelsea defender has now pulled out of the squad completely along with Trippier, who played the full 90 minutes against Belgium at left-wing back.

An update from the camp as the #ThreeLions continue preparations for Denmark:

The Football Association confirmed the pair’s withdrawal via an official statement on Tuesday, which reads: “Ben Chilwell and Kieran Trippier have left the England camp and will not be available for the UEFA Nations League fixture against Denmark on Wednesday.

Southgate delivered an update on Chilwell’s fitness after the Belgium victory, telling reporters: “Ben reported to the hotel today.

“He did a training session on his own. We’ve just got to assess where he’s at because he hasn’t been able to train through the week.

“So, there’s a little bit of assessment needed over the next couple of days but he is with the group now.”

However, the 23-year-old has now returned to Chelsea ahead of their Premier League encounter with Southampton on Saturday, while Trippier has made his way back to Atletico Madrid in Spain.

sportsgamingwirehttps://sportsgamingwire.com
As an Editor and an Sports Geek, it's my pleasure to share my knowledge about Sports and their various aspects that can impact our lives.
Previous articleAl Malcolm, 1963-2020 – Boxing News
Next articleKounde reacts to missing out on Man City move as Sevilla shut exit door