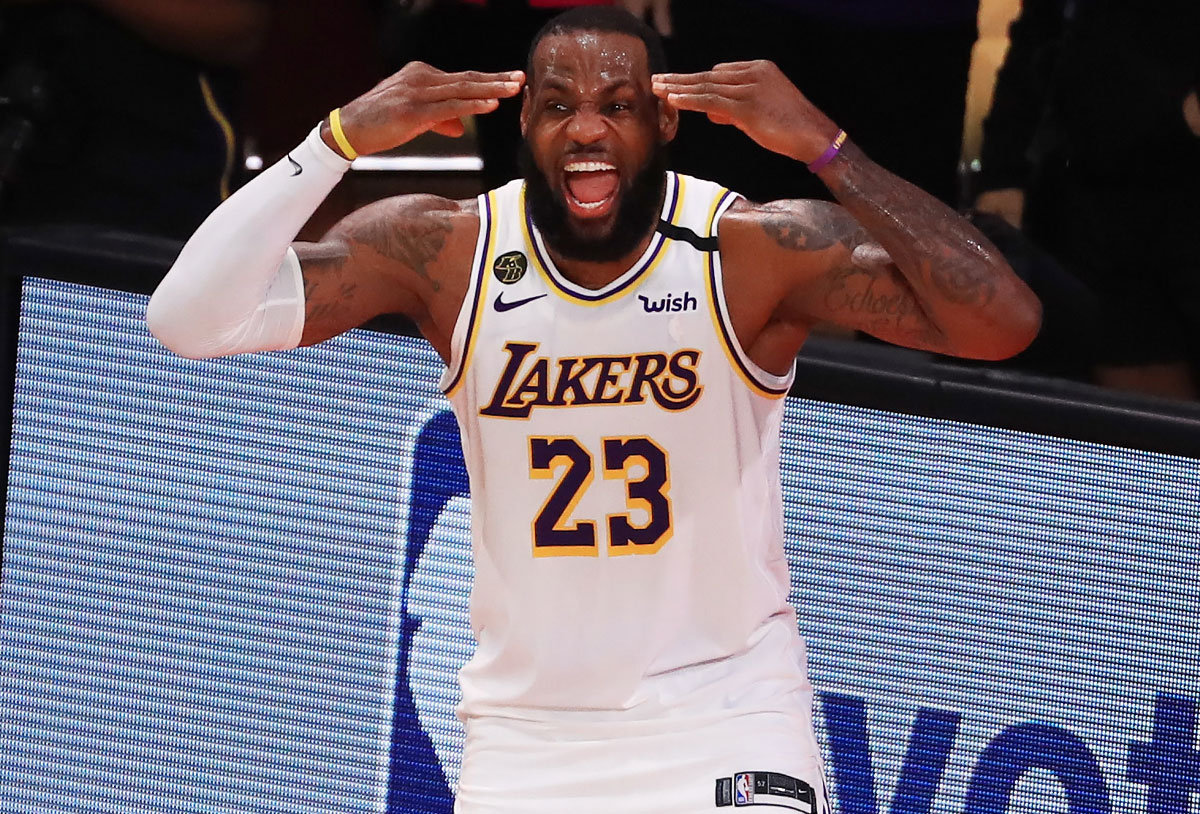 IMAGE: LeBron James has been one of the leading voices in the league advocating for racial justice and urging US citizens to vote in the upcoming November election. Photograph: Douglas P. DeFelice/Getty Images

Former US President Barack Obama congratulated LeBron James a day after he picked up his fourth NBA title, as prominent figures in sports, politics and beyond celebrated the Los Angeles Lakers championship.

The 16-time All-Star became the first National Basketball Association (NBA) player in history to claim the Finals MVP award with three different franchises on Sunday, after the Lakers defeated the Miami Heat 4-2 in the best-of-seven series.

“Proud of my friend @KingJames for his fourth title, fourth Finals MVP, and for not only living up to the hype after seventeen seasons, but surpassing it as an extraordinary leader both on the court and in the public arena fighting for education, social justice, and our democracy,” Obama wrote on Twitter on Monday.

James has been one of the leading voices in the league advocating for racial justice and urging US citizens to vote in the upcoming November election.

The NBA completed its season in unprecedented fashion after COVID-19 forced it into hiatus in March, with competitors living inside a quarantined “bubble” at Walt Disney World in Orlando, Florida.

James had called the bubble environment away from his family the biggest challenge he has faced in his career, but the 35-year-old still managed to add more accolades to his long list of accomplishments.

“Big Big Congrats to @KingJames,” wrote retired 13-time All-Star Dwyane Wade, who won two of his three NBA titles with James as team mates at the Miami Heat. “His legacy is still being written.”

sportsgamingwirehttps://sportsgamingwire.com
As an Editor and an Sports Geek, it's my pleasure to share my knowledge about Sports and their various aspects that can impact our lives.
Previous articleOn This Day: Benny Lynch overcomes the spirited challenge of Peter Kane in 13 rounds
Next articleHaaland can reach Messi and Ronaldo ‘levels’, claims Scholes

IMAGE: People have their photographs taken next to...
Read more
Sports