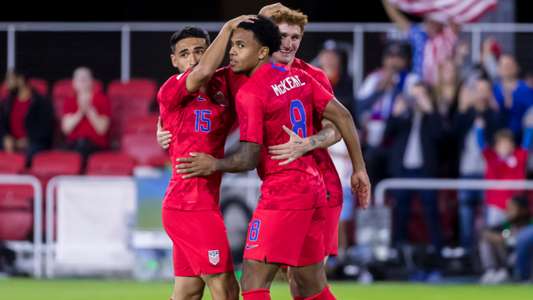 Here’s what you need to know about the USMNT schedule across the next year, including information on World Cup qualifiers and potential friendlies

The 2020-21 club season is well underway, and the U.S. Men’s National Team is gearing up for the 2022 World Cup qualifiers next March following the return of international football.

The team’s failure to qualify for the 2018 edition in Russia was seen as a major humiliation, but a few years on and with a clutch of fresher, more promising talents in the squad, the USMNT will be hoping to right a lot of their past wrongs.

Qualification games for the 2022 World Cup won’t begin until next spring, but the USMNT camp will be keen to get preparations started as soon as possible, beginning with a few friendlies.

After seeing a majority of the 2020 schedule cancelled due to the coronavirus pandemic, the U.S. is looking to line up some non-competitive games to boost up squad fitness this fall.

But due to the ongoing threat of Covid-19 – with the United States sporting the highest number of cases and deaths in the world – there are major complications to be overcome in terms of organizing friendlies, especially when American citizens are faced with international travel bans around the world.

USMNT head coach Gregg Berhalter was optimistic of arranging friendlies at some point this fall, but no games have yet been confirmed.

“Right now we’ve been focused on trying to compete in the United States, trying to find a safe environment where we could play games,” he said according to Yahoo Sports.

“We’ll switch focus in November and try to play two high-level games in Europe. I’d expect a domestic-based side for October and a European-based side for November.”

The USMNT will kick off their 2022 World Cup qualifying campaign in March 2021. Fixtures had originally been pencilled in for October or November 2020, but were pushed back in response to the pandemic.

That scheduling decision has also seen the USMNT’s Nations League semi-final with Honduras, which had been set to take place in March, rescheduled for June 2021.

The Nations League semi-final, final and third-place play-off game will take place in a centralized location in the United States. Mexico will play Costa Rica in the other semi-final.

The USMNT’s last game was a 1-0 friendly win over Costa Rica in February.

sportsgamingwirehttps://sportsgamingwire.com
As an Editor and an Sports Geek, it's my pleasure to share my knowledge about Sports and their various aspects that can impact our lives.
Previous articleWhat Amy Coney Barrett Would Mean for the Youth Climate Case
Next articlePHOTOS: MOWA Sprint Car Finale At Jacksonville