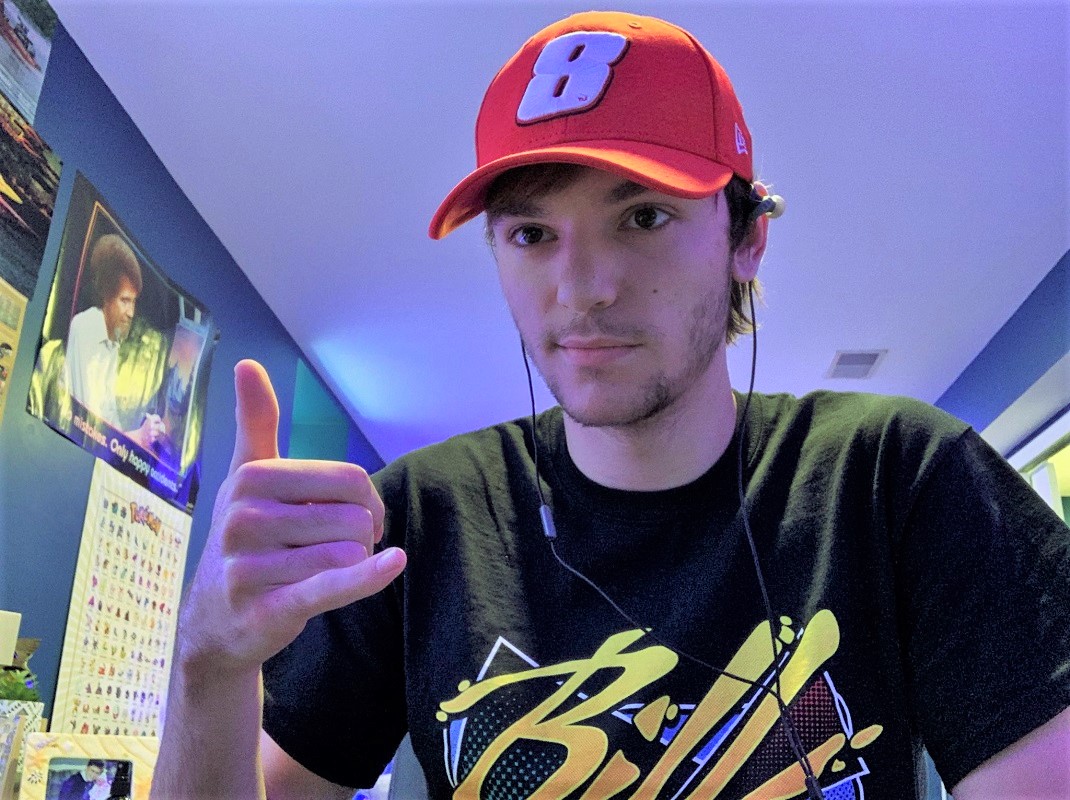 ANN ARBOR, Mich. — Noah Sweet could never have imagined that one iRacing paint scheme would change his life, but that’s exactly what happened this year.

Sweet, 19, came to prominence in the NASCAR world in early June after designing a special livery based off of Jimmie Johnson’s No. 48 Ally Chevrolet Camaro — a black base with rainbow checkerboard accents highlighting the LGBTQ+ community and the allies which support it.

After he posted the scheme on iRacing’s Trading Paints platform and on social media, Sweet’s design took the internet by storm, racking up downloads and reposts in mass numbers and leading to calls for the scheme to be run in real life by Johnson and Hendrick Motorsports.

It was attention far beyond anything the Michigan native, known as “Lefty” in design and NASCAR circles, could have expected. After all, he never raced himself; Sweet just grew up as a race fan with a passion for the sport who channeled that love through artistic design.

A student at Washtenaw Community College, in the school’s Creative Studies program, Sweet’s initial goal for the Pride Ally scheme was simply to empower those who were looking for a voice to be heard.

“People ask me how this started, and some of them are surprised, I think, when I tell them it wasn’t about me at all,” Sweet told SPEED SPORT during an hour-long, exclusive interview. “About a year ago, a really, really close family member of mine came to me and told me that they were very concerned with coming to their parents about their bisexuality. At the start, I’ll admit that I didn’t get it and didn’t understand why they didn’t just tell their parents … but they explained to me, ‘No, you don’t understand. With how traditional they are, they’re not going to accept the fact that this is who I am.

“Initially I sat there and thought about it, because it didn’t make any sense to me why they wouldn’t (be accepting). It’s something that didn’t sit well with me. So I really had to educate myself on the issues that are in today’s society with these kinds of things and I really found out what it meant to be a part of that community,” Sweet continued. “Because of that, I came around to understand why that hesitation to speak up was there for people, and then later … that came back to me when NASCAR posted their social media campaign, ‘I am courageous, I am inclusive, I am NASCAR.’ And I wanted to be a part of that. I wanted to show that there are all sorts of people that belong here and that we’re done with stereotypes.

“That’s one thing I was pushing for with designing the scheme, was to push that stereotype out of the fan base and let people know that we as race fans enjoy racing and we should be accepting of everyone. And then for those in the community, that their voices are valuable and deserve to be heard as well.”

Sweet’s choice of Johnson’s car came about, in true artistic fashion, in part because it was the scheme that he felt worked the best for the vision he had in mind of what he wanted the finished product to look like.

But that wasn’t the entire story. Johnson’s sponsor had a role to play in the story as well.

“It wasn’t just because I was a Jimmie Johnson fan; I picked it out because I learned through the time that I spent educating myself on the LGBTQ+ community that if you identify as an ally, you aren’t any of those things — you’re not transsexual, asexual, gay, anything like that — you just support their rights, equal rights for that community,” Sweet explained. “It’s about being supportive of the community, being an ally. And when I thought about that, I figured with Jimmie’s sponsor being Ally, it was a good fit.”

As Sweet’s work reached new heights — even going so far as to be spotlighted on the FOX46 Charlotte pre-race show prior to the June NASCAR Cup Series race at Homestead-Miami (Fla.) Speedway — the added attention brought with it some unfortunate consequences as well.

To continue reading, advance to the next page.

sportsgamingwirehttps://sportsgamingwire.com
As an Editor and an Sports Geek, it's my pleasure to share my knowledge about Sports and their various aspects that can impact our lives.
Previous articleZidane wanted to offload Jovic at Real Madrid instead of me, claims Mayoral
Next articleSpelunky 2 daily: Well, it could have been worse

Frijns had been one of the three...
Read more
Motorsport

Inside a gymnasium in Aizawl, Mizoram, a stocky,...
Read more
Load more