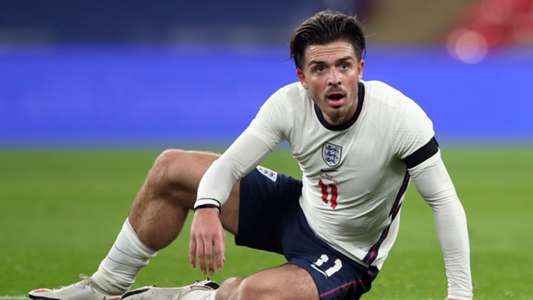 England boss Gareth Southgate has defended his decision to snub Jack Grealish as the Three Lions crashed to a 1-0 Nations League defeat against Denmark on Wednesday.

Following his man-of-the-match performance in the 3-0 win versus Wales last week, Grealish was an unused substitute in Sunday’s win against Belgium and that was again the case as England failed to pull back Christian Eriksen’s first-half penalty at Wembley.

Southgate’s side was forced to play for more than an hour with 10 men after Harry Maguire was given his marching orders for a second bookable offence. Starting debutant Reece James also saw red after the final whistle for dissent against referee Jesus Gil Manzano.

The Three Lions manager was asked post-match about his failure to utilise Grealish, to which he explained Maguire’s sending off changed his plans for the match. Southgate insisted that his team needed pace down the flanks with their player disadvantage.

“We had to go with speed in the wide areas and athleticism in the wide areas because with 10 you’ve got to do such a shift, Mason [Mount] and Marcus [Rashford] did that really well,” Southgate said to Sky Sports.

“They defended well and gave us a threat and Mason nearly scored with the header.

“Getting Dominic [Calvert-Lewin] and Jadon [Sancho] on, Harry [Kane] was winning every header and winning fouls which meant we could get set pieces into the box. The red card threw a lot of plans out of the box unfortunately.”

Grealish has only made two appearances for England, with his senior debut coming as a 76th-minute substitute in September’s 0-0 draw with Denmark, before he produced a stunning performance in his first start against Wales last week.

The Villa skipper regularly sliced apart the Welsh defence, playing an inch-perfect cross for Calvert-Lewin’s first international goal and looking impressive when he got on the ball.

England have slipped to third in Nations League group A2 behind Belgium and Denmark and now face a battle to finish in the top qualifying position for the tournament’s finals.

To secure qualification, England will need to defeat Belgium in Brussels and Iceland at Wembley – while hoping Denmark drop a point in their final two matches.

sportsgamingwirehttps://sportsgamingwire.com
As an Editor and an Sports Geek, it's my pleasure to share my knowledge about Sports and their various aspects that can impact our lives.
Previous articleCall Of Duty Finally Lets PC Players Uninstall Over 100GB Of Stuff
Next articleDark Souls Modders Are Building Their Own “Sequel”