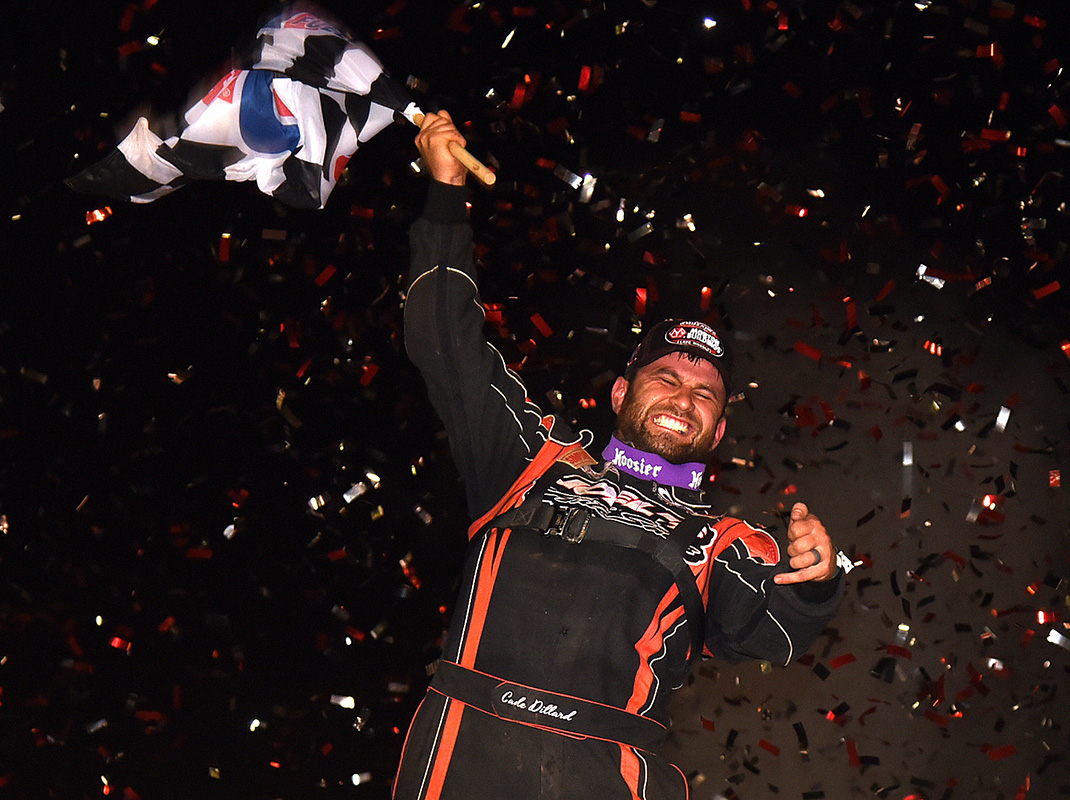 One phone call. Sometimes that’s all it takes to change your life.

That was certainly the case for Cade Dillard, who is a full-time competitor with the World of Outlaws Morton Buildings Late Model Series.

Five years ago, Dillard was down on his luck. The Louisiana native had just broken the engine in his dirt modified and he didn’t have a spare available. Money was tight and he was considering giving up racing.

He’d been racing on his own for several years at that point, taking every dollar he made and putting it back into his racing program. Frequently other bills wouldn’t get paid in order to keep his modified on the track.

“Electricity got shut off at the house just by not paying the bills so I could go race,” said Dillard, who was working at his father’s NAPA Auto Parts store while still racing as often as he could. “It kind of got to the point where I wasn’t having a lot of fun because of the struggles that I was having to go through.

“I’d all but decided I was done after that. I couldn’t afford to do it. I couldn’t continue to pay my bills and be able to race,” Dillard continued. “All of my equipment was worn out. I’d gotten to the point where I was starting to wonder if it was worth it. I was going to scale back or maybe be done completely.”

That’s when a call from a man he’d never met changed his life.

“In 2015, Shane Sprinkle with S&S Fishing and Rental called me,” Dillard recalled. “I had never met him before in my life. He called and offered me a motor to use the rest of the year.”

That conversation eventually led to Dillard going to work for Sprinkle, who fields the late model Dillard drives on the World of Outlaws Morton Buildings Late Model Series tour. It was an opportunity Dillard couldn’t refuse.

“He asked me if I wanted to drive for him the following year,” Dillard explained. “Of course, I did. So I quit my job at NAPA and went racing full time in 2016 and I’ve been driving for him since.”

Things have changed dramatically since the day Dillard took Sprinkle’s call. He now races on the World of Outlaws Morton Buildings Late Model Series tour, has a home and operates a business when he’s not away racing.

It’s even difficult for the 29-year-old Dillard to believe how lucky he has been.

“Never in a million years — I never thought I’d have this opportunity,” Dillard said.

Like so many other racers, Dillard grew up around racing. His father, Greg, was also a racer. Dillard estimates he went to his first race when he was two weeks, old and he’s been going to race tracks ever since.

“It’s definitely always been in the blood,” Dillard said.

sportsgamingwirehttps://sportsgamingwire.com
As an Editor and an Sports Geek, it's my pleasure to share my knowledge about Sports and their various aspects that can impact our lives.
Previous article‘We need to keep going’ – Konsa urges Aston Villa to maintain fine form
Next articleDaniel Bryan enters the WWE ThunderDome

As first revealed by Motorsport.com, the Newcastle...
Read more
Motorsport