Ejuke wants to follow in Musa’s footsteps at CSKA Moscow 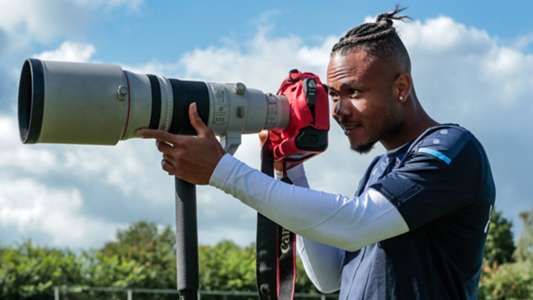 The 22-year-old, who made his Super Eagles debut against Tunisia, is inspired by his countryman

Nigeria international Chidera Ejuke hopes to follow in the footsteps of Ahmed Musa by flourishing at CSKA Moscow.

Musa joined the Russian side in 2012 for an undisclosed fee after a brief stint with VV Venlo. There, he won three Russian Premier League titles, two Russian Super Cups and one Russian Cup – scoring 42 goals from 125 appearances in the process before moving to Leicester City.

The 28-year-old returned to CSKA on loan before completing a permanent switch to Saudi Arabian giants Al Nassr.

For Ejuke who is now with CSKA Moscow after joining Heerenveen, he wants to emulate his compatriot by flourishing at the VEB Arena, and also help the team to ‘the next level’.

“It’s crazy like how they talk about him because of his time at CSKA Moscow,” Ejuke told Omasports.

“He did a lot of things. He is really loved in the city and everyone knows him and talks about him a lot.

“Now I’m here and hopefully I can bring in what I have, support the team and take them to the next level.”

The former Nigeria U17 and U20 star made his Super Eagles debut in Tuesday’s 1-1 draw with Tunisia – replacing Samuel Chukwueze with 12 minutes to full time.

The 22-year-old was excited with his debut, describing it as ‘a dream come true’ while disclosing his most preferred position.

“It is a dream come true because it is something I have been hoping for and praying for to happen,” he continued.

“To be honest, I’m not gonna lie, it almost like perfect timing for me. For it to happen this time, I’m really excited and I give thanks to God and everyone who has been supporting this journey.

“For me, I can play in any role in the attack but normally, I like to play as a left-winger which is like my favourite.”

Having scored once in five Russian top-flight games for Viktor Goncharenko’s team, Ejuke revealed his target for CSKA Moscow.

“We need to keep the momentum because we are going to play many games.

“Hopefully, we can go as far as we can in the competition [Europa League] and if it’s possible, win it – which is also very important to us as a club.”

sportsgamingwirehttps://sportsgamingwire.com
As an Editor and an Sports Geek, it's my pleasure to share my knowledge about Sports and their various aspects that can impact our lives.
Previous articleLeclerc sees ‘quite a few positives’ in Ferrari’s Nurburgring weekend · RaceFans
Next articleMary Kom inspires me, says Virat Kohli