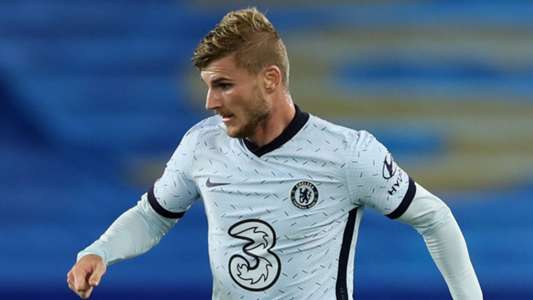 Timo Werner may have endured a slow start to his Premier League career, but former boss Ralph Hassenhutl believes it is only a matter of time before the Chelsea forward begins to shine.

Werner moved to Stamford Bridge in the summer from RB Leipzig for a fee worth £47.5 million ($60m), missing the Bundesliga club’s first trip to the Champions League semi-finals where they went out to Paris Saint-Germain.

The Germany international has gone on to struggle in his introduction to English football, failing to score in his opening four Premier League games, although he did break his duck in the Carabao Cup against Tottenham.

Hasenhuttl, who worked with Werner in Leipzig before taking on the Southampton job, nevertheless has full faith that his former charge will soon start finding the net.

“I have worked with a lot players and he is one of the quickest. He is really hard to defend against,’ the manager told reporters ahead of the Saints’ weekend clash with Chelsea at Stamford Bridge.

“He is getting a more complete striker now and is learning a lot. He is a fantastic signing for Chelsea and he is only happy when he scores, so I hope he is unhappy after the game. ‘They haven’t seen the best of him yet, at Chelsea, in his first games. He has only scored one goal, I think, in the [Carabao] cup.

“It would be a mistake to reduce Chelsea to just Timo, though. They have plenty of other good players in the squad.

“I hope I get to speak to him but not to congratulate him on a goal. I know this player very well. I had two fantastic years with him.

“We brought him in from Stuttgart for small money if you want. ‘We knew the game that we played at Leipzig was perfect for him but he also showed development with the ball last year.

“He was fantastic for me in his first year and scored plenty of goals.”

Southampton have begun their 2020-21 Premier League campaign with two wins and two draws and currently sit 11th in the standings, one point shy of Chelsea who occupy seventh.

sportsgamingwirehttps://sportsgamingwire.com
As an Editor and an Sports Geek, it's my pleasure to share my knowledge about Sports and their various aspects that can impact our lives.
Previous articleBungie Reveals Next-Gen Destiny 2 Dates And Details
Next articleJapanese Farm Hides One Hell Of A Video Game Collection