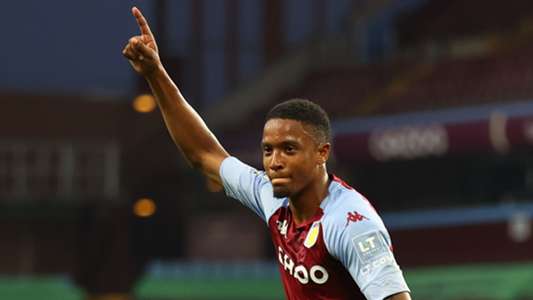 Ezri Konsa wants Aston Villa to maintain their concentration as they aspire to build on their awe-inspiring 2020-21 Premier League form.

The Claret and Blue Army have put last season’s disappointing outing behind them – where they waited until the last day to avoid relegation – to occupy the second position in the current campaign.

Before the international break, they demolished defending champions 7-2 at Villa Park with Ollie Watkins bagging a treble.

With action set to resume this weekend, Dean Smith’s men travel to the King Power Stadium for a date with Leicester City on Sunday.

As his side aims to get a result against Brendan Rodgers’ side, the 22-year-old is keen to ensure Aston Villa are fully focused on every opposition they face.

“It’s been a great start for us. We’ve carried on our form from last season, and we need to keep going and keep the focus on ourselves,” Konsa told Aston Villa website.

“The chemistry in the squad has gone up another level and we keep building on that in training.

“We’re definitely expecting a tough game against Leicester – it’s always tough against them.

“They’re a very good team. They lost their last game 3-0 (against West Ham) and I’m sure they’ll want to come back and get a victory.”

Born to a Congolese father and an Angolan mother, the U20 World Cup winner who joined Aston Villa from Brentford in 2019 for £12 million ($15m) has formed a formidable partnership with Tyrone Mings.

Despite cementing his place in Smith’s starting XI, he is hoping to keep working hard with the view of getting better.

“I’ve matured a lot from last season. I learnt a lot during my first season in the Premier League,” he continued.

“I’m still young, I’m still learning and hopefully I can only get better.

“What I need to do now is keep listening to the coaches, taking on advice from my teammates and keeping my head down. I’ve got to keep working hard and producing on the weekend.”

sportsgamingwirehttps://sportsgamingwire.com
As an Editor and an Sports Geek, it's my pleasure to share my knowledge about Sports and their various aspects that can impact our lives.
Previous articleOooh, yeah! “Macho Man” Randy Savage Legacy Championship Collector’s Title available now at WWE Shop
Next articleCade Dillard: A Life-Changing Call