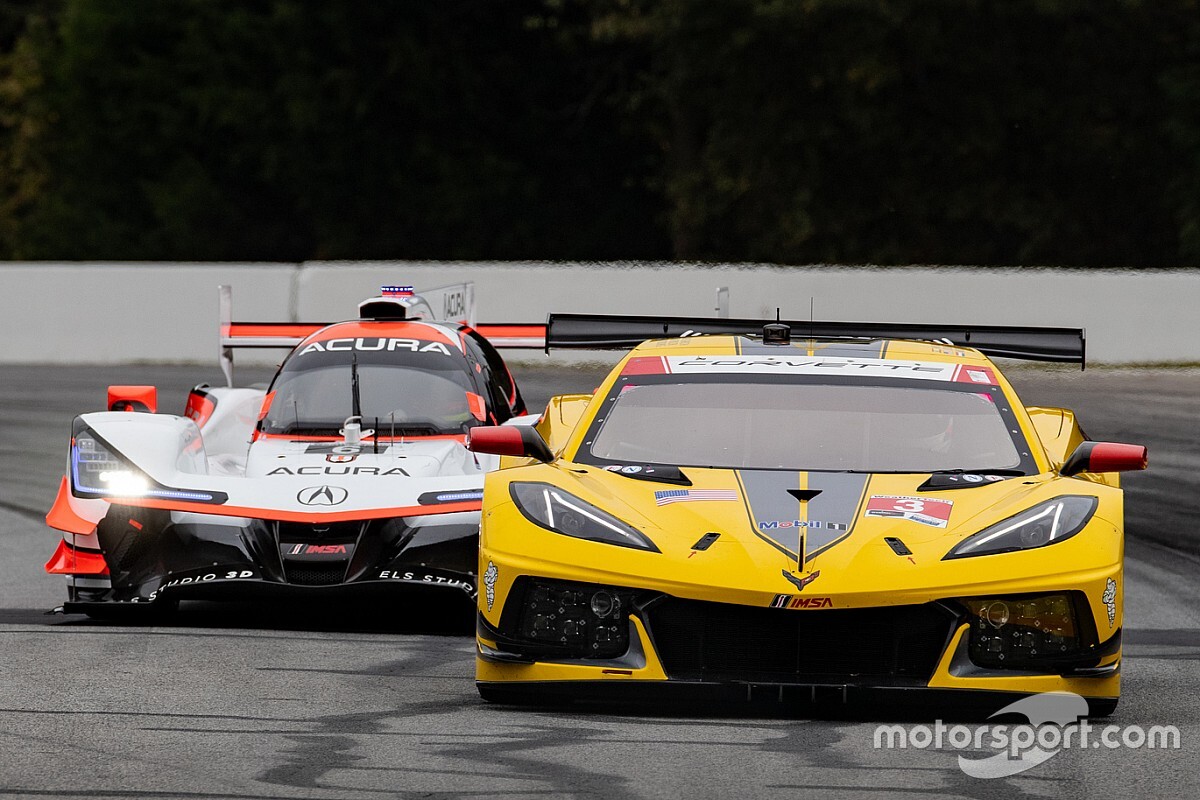 Harry Tincknell was the first driver to duck under the 69sec barrier around the 2.54-mile Michelin Raceway Road Atlanta course, with an impressive 68.636sec in the #55 Mazda RT24-P, but Dane Cameron trimmed that to 68.593s and his Acura Team Penske teammate Ricky Taylor shaved a few hundredths more to go P1 with a 68.506.

Tincknell then pitted, his challenge for pole over with five minutes still remaining while lying third, but Cameron kept working and went 0.094sec faster than Taylor with a 68.412sec, to claim pole with a new track record for DPi cars.

Felipe Nasr’s eventually slotted the Action Express Racing Cadillac DPi-V.R just ahead of Tincknell to claim third, while Ryan Briscoe placed the Wayne Taylor Racing Caddy in fifth ahead of the second Mazda of Tristan Nunez.

In LMP2 Patrick Kelly’s PR1 Mathiasen Motorsports entry was fastest, 1.6sec ahead of Rob Hodes in the Inter Europol Competition car, making its IMSA debut. John Farano was third in the Tower Motorsports by Starworks machine.

Antonio Garcia set a searing record-breaking pace on his final flying lap, to land the GT Le Mans championship-leading #3 Corvette C8.R on class pole. His startling 1min15.163sec lap left him over a quarter second faster than his nearest challenger, Connor De Phillippi in the #25 BMW M8.

The second of the Rahal Letterman Lanigan-run BMWs was third thanks to John Edwards’ efforts, while Laurens Vanthoor was half a second off the pace in the faster of the two Porsche 911 RSRs.

Tommy Milner was 0.7sec slower than Garcia but managed to outpace the second Porsche of Tandy.

In GT Daytona Jeff Westphal set a 1min19.464sec in five laps and then pitted the Scuderia Corsa Ferrari 488 with six minutes of the 15 still remaining. Almost immediately, however, Shinya Michimi in the #86 Meyer Shank Racing Acura NSX beat him to top spot by 0.173sec, to score MSR’s first pole position of the season.

Misha Goikhberg was only 0.375sec slower than pacesetting MSR Acura temporary teammate Michimi, but that still left him down in sixth, just ahead of local driver Andrew Davis of Team Hardpoint’s Audi R8 and Zacharie Robichon’s Pfaff Motorsports Porsche 911.

Two of the GTD title contenders have been left down on the fifth row – the second Lexus that Michael de Quesada shares with Jack Hawksworth and Aaron Telitz, and the Wright Motorsports Porsche 911 GT3 R which was qualified by Ryan Hardwick.

sportsgamingwirehttps://sportsgamingwire.com
As an Editor and an Sports Geek, it's my pleasure to share my knowledge about Sports and their various aspects that can impact our lives.
Previous articleMarvel’s Avengers delays Kate Bishop
Next articleTalking points ahead of this weekend’s MTN8 action as Orlando Pirates rely on stability