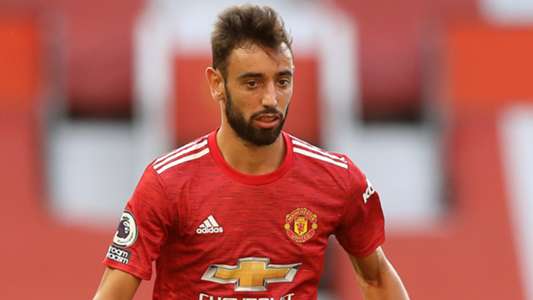 Bruno Fernandes “isn’t firing as much” at Manchester United and Ole Gunnar Solskjaer now has the option to rotate, says Luke Chadwick, with the former Red Devils midfielder pointing out that Donny van de Beek was not acquired to “sit on the bench all season”.

The Red Devils have seen standards slip in 2020-21 on an individual and collective basis as those who found form so easy to come by towards the end of last season suddenly scratching around for it, with consistency proving to be elusive as a result.

Fernandes is among those to have wobbled slightly, with the Portuguese having set the bar so high on the back of his January arrival from Sporting.

He remains an important figure for the Red Devils, with two goals and as many assists to his name this term, but more is now expected of a man who set Old Trafford alight following a big-money transfer.

There has been no suggestion that he will be dropped out of the side, as Solskjaer shrugs off reports of rifts inside the United camp, and the 26-year-old will likely line up against Newcastle on Saturday.

The Red Devils do, however, have the option of freshening things up if they so wish, with £35 million ($45m) summer signing Van de Beek straining at the leash as he waits on a first Premier League start.

“Bruno Fernandes isn’t firing as much and it was always going to be tough for him to stay at the same standard as last season.

“I can’t imagine they’ve signed a top young player just to sit on the bench all season.

“I think there will be changes made from the last game.

“Van de Beek is the one you would expect to start this game. You need to find a way of winning games and I’d be very surprised if he doesn’t start.”

United suffered a humbling 6-1 defeat to Tottenham in their last outing and Solskjaer may decide to mix things up after having the international break in which to mull over big selection calls.

sportsgamingwirehttps://sportsgamingwire.com
As an Editor and an Sports Geek, it's my pleasure to share my knowledge about Sports and their various aspects that can impact our lives.
Previous articleMike Milligan, a man behind the scenes of one of the most colourful eras in British boxing
Next articleThe F1 title battle is as good as over. Enjoy these five fights instead · RaceFans