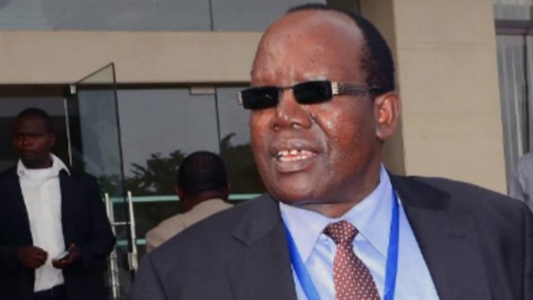 Sam Nyamweya has hinted he will seek further legal redress against the Football Kenya Federation (FKF) elections planned for October 17.

The Sports Disputes Tribunal (SDT) dismissed a petition against the polls that had been filed by Nyamweya, and the dissatisfied former FKF president has now made it clear he does not agree with the latest judgement.

“I have been fully briefed by our legal team with respect to SDT Petition No. 10 of 2020, where the tribunal dismissed our petition and gave the green light for the elections to proceed despite the custodian of the Sports Act 2013 in the Sports Registrar expressing herself categorically on the questions of law surrounding this election,” Nyamweya’s statement obtained by Goal read.

“From the outset, may I state in no uncertain terms that we do not agree with the decision of Mr John Ohaga and his panel for the reason that they opted to look the other way when confronted with fundamental legal questions and the paramount need for compliance with the rule of law?”

“I salute the registrar for how gallantly she has articulated her position in defence of her legal mandate as an officer of the state empowered by statute,” he continued.

“In rejecting the decision, we want to state categorically that the ruling falls short of any legal reasoning or jurisprudential philosophy but I based on rhetoric and sideshows.

“Accordingly, we wish to assure that our quest for electoral justice is undeterred and we; once we review the ruling, shall explore all possible legal and political avenues to ensure compliance to the rule of law.

“It is just the beginning of what will be a long, protracted fight for electoral justice so anybody celebrating is doing so prematurely and out of ignorance of the place of the rule of law in this country.”

The football administrator has also called for the prosecution of Nick Mwendwa over the alleged misuse of the KSh244 million that was given to Harambee Stars for the 2019 Afcon tournament.

“Finally, it is a call to the government through the Ministry of Sports to intervene and save Kenya’s sovereignty from the cartel led by Mwendwa and ilk which is bent on undermining the rule of law for their selfish gains,” Nyamweya concluded.

“We renew our call for the Directorate of Criminal Investigations [DCI], the Director of Public Prosecutions [DPP] and the Ethics and Anti-Corruption Commission [EACC] to move with speed and prosecute Mr Mwendwa and his accomplices over the millions of money pilfered during his term in office.

“We have evidence to suggest he should be charged for embezzlement of public resources from the government and Fifa.”

Mwendwa is favourite to retain the presidency on Saturday.

sportsgamingwirehttps://sportsgamingwire.com
As an Editor and an Sports Geek, it's my pleasure to share my knowledge about Sports and their various aspects that can impact our lives.
Previous articleLucifer Within Us is out now
Next articleAnthony Joshua to defend unified heavyweight titles vs. Kubrat Pulev at London’s O2 Arena in December