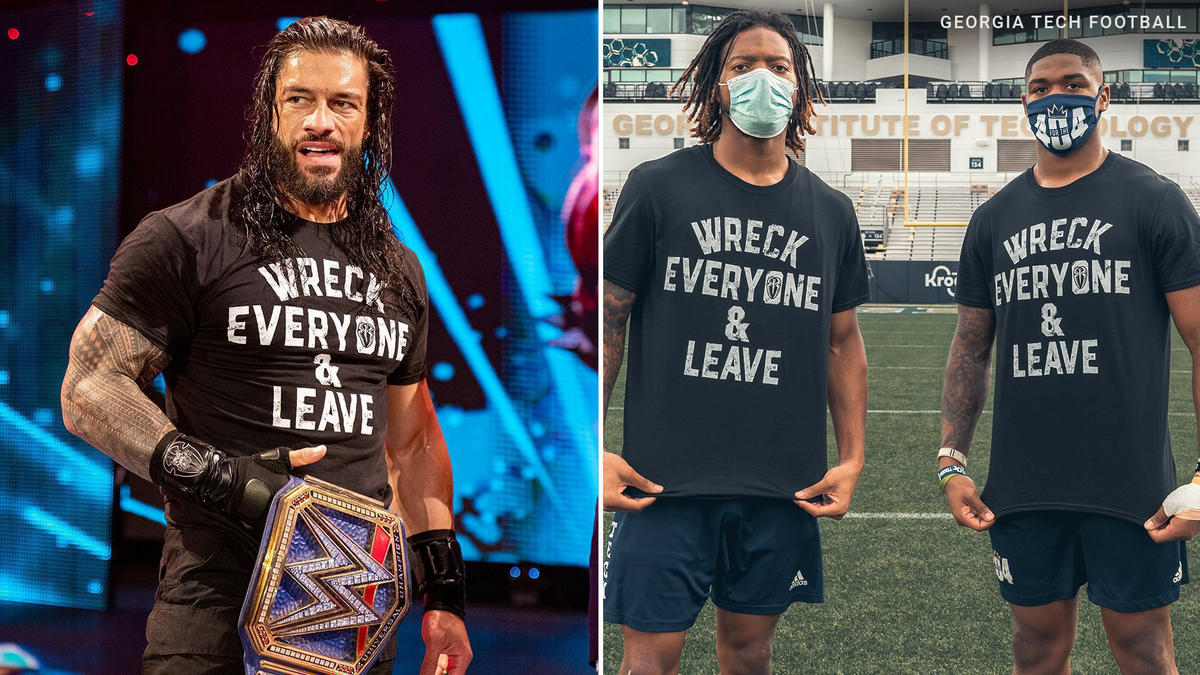 Both Roman Reigns and his alma mater will look to do the same as they face massive challenges this weekend: Wreck Everyone and Leave.

The Georgia Tech football team showed off their support for the Universal Champion and former Yellow Jacket, sporting shirts clad with Reigns’ recent mantra. They play top-ranked Clemson Saturday at noon ET on ABC in Atlanta.

A former Georgia Tech captain and three-year starter at defensive tackle, Reigns was an All-ACC First Team selection in his final season in 2006.

Be sure to tune in for Reigns’ gigantic collision with Strowman tonight at 8/7 C on FOX!

sportsgamingwirehttps://sportsgamingwire.com
As an Editor and an Sports Geek, it's my pleasure to share my knowledge about Sports and their various aspects that can impact our lives.
Previous articleVasiliy Lomachenko vs. Teofimo Lopez Jr. fight predictions: Undercard, odds, expert picks, date
Next articleInterMat Wrestling – HWC releases limited amount of tickets to HWC Showdown Open on Nov. 1