‘I wanted to sign Bale at Man Utd’ – Red Devils had a ‘chance’ to snare Welsh superstar, says Moyes 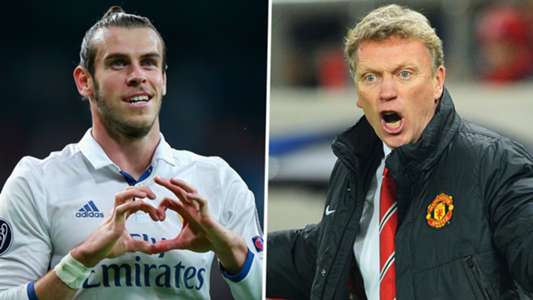 David Moyes has admitted there was a “chance” for Gareth Bale to join Manchester United at the start of his Old Trafford tenure, but said the Welsh superstar made the right decision to join Real Madrid.

With Bale set to make his second Spurs debut against Moyes’ West Ham side on Sunday, the Scottish manager spoke about his pursuit of the Wales international while he was manager at the Theatre of Dreams.

Moyes revealed Bale was the first signing he tried to make at Man Utd and that he thought the club had an opportunity to beat Real Madrid to the player’s signing.

But Bale ultimately followed through on a move to the Bernabeu – where he won four Champions League titles – and Moyes feels the attacker clearly made the right decision.

“United have a great history of wide players with George Best up to Ryan Giggs and a whole lot of other brilliant ones in between.

“We did everything we could to try and get the player. We even had a helicopter at the training ground to take him and bring him back. We thought we had a chance. But he chose Real Madrid and he made a brilliant decision because he went on to win four Champions Leagues. He’s had a brilliant career.”

Bale joined Tottenham on a season-long loan deal from Real Madrid last month but has yet to make an appearance as he attempts to build his match fitness.

He spent six years at Spurs from 2007 to 2013 after developing and playing his first professional season with Southampton.

After moving to Real Madrid in 2013, Bale won two La Liga titles, a Copa del Rey and two UEFA Super Cups – in addition to his quadruple of Champions League triumphs.

sportsgamingwirehttps://sportsgamingwire.com
As an Editor and an Sports Geek, it's my pleasure to share my knowledge about Sports and their various aspects that can impact our lives.
Previous articleLampard: Chelsea needed to spend big to replace Hazard
Next articleMcLaren need to “make next step with the car” in fight for third