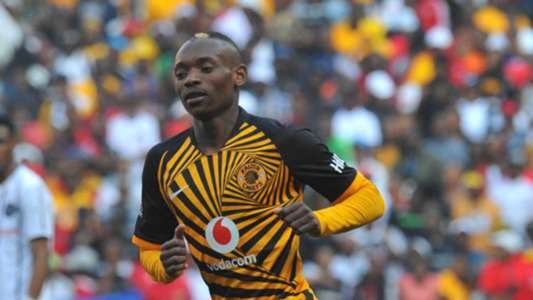 If Kaizer Chiefs coach Gavin Hunt can get Khama Billiat firing again on all cylinders, it would almost be as good as signing a new player.

Which could prove especially important if Chiefs fail to get their Fifa transfer ban overturned and is particularly crucial at the moment in light of injuries to Samir Nurkovic and Leonardo Castro.

Billiat was a shadow of his usual self last season and the three league goals he scored were his worst ever return since he arrived in the Premier Soccer League (PSL) as a youngster at Ajax Cape Town a decade ago.

He didn’t even score in cup competitions and in fact his tally of eight league goals in two seasons for Chiefs matched the amount of goals he scored in his final campaign with Mamelodi Sundowns in the 2017/ 18 season.

Such was the Zimbabwean’s loss of form last season that there was constant speculation, not helped by some of Sundowns coach Pitso Mosimane’s comments on the player, that he wanted a return to the Brazilians.

Perhaps ironically or even cruelly, when Billiat finally did show a flourish of form, with two goals in the final two matches of the season for Chiefs, it came too late as Masandawana snatched the league title away from the Soweto giants.

We may never truly know what was holding the Zimbabwean back, whether it was former coach Ernst Middendorp’s tactics, formation, or perhaps it was an uneasy relationship between the two.

Now, with Hunt having replaced Middendorp, Billiat could have the chance to reclaim his former glories and once more become the match-winner and game-changer he has shown himself to be down the years.

And the good news for Amakhosi supporters is that Hunt is keen to work with the player and get the best out of him.

“I think the most important thing I’ve got to do or we have got to do is start to get him playing to his strengths,” Hunt said at a press conference ahead of Chiefs’ MTN8 clash with Maritzburg United on Sunday, as quoted by the Sowetan.

“Where we can get the best out of him.

“And that’s all I’m going to try and do. Whatever he needs. Support‚ extra work. If he’s willing‚ and I think he is willing‚ I think he’s got huge potential still.”

As Hunt rightfully points out, a happy and on-song Billiat could be the difference between finishing second, or actually winning silverware, something which the club has not achieved for half a decade now.

“I don’t want to know what’s gone on here before,” the coach said. “It’s got nothing to do with me.

“I just want to see what’s in front of me and hopefully we can get him. He’s certainly a double figures goal-scorer in the league‚ and that’s got to be the first aim.

“If he does his part the rest can do our part‚ and then we’re successful.”

sportsgamingwirehttps://sportsgamingwire.com
As an Editor and an Sports Geek, it's my pleasure to share my knowledge about Sports and their various aspects that can impact our lives.
Previous articleSeavey Is A Star In The Sooner State
Next articleRenault “not scared of anywhere” in remaining races · RaceFans