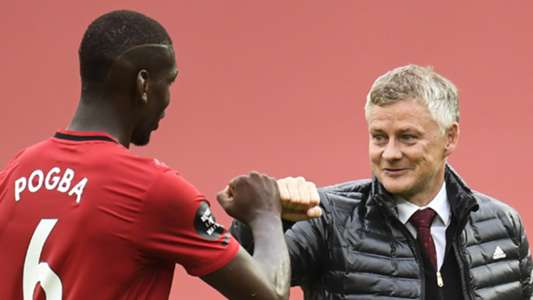 Manchester United triggered a clause to extend Paul Pogba’s contract a week before the midfielder talked up a move to Real Madrid.

The France international’s deal was set to end in June 2021 and Goal can confirm that the club utilised their option to extend it for a further year a few weeks ago, meaning he is under contract until the summer of 2022.

Pogba said last summer that “it could be a good time to have a new challenge somewhere else'” and has repeatedly talked up the possibility of moving to Real Madrid.

Last week while on international duty, he said: “Many things have been said. Of course, every footballer would love to play for Real Madrid and would dream about that. It’s a dream of mine, so why not one day?

Solskjaer responded to Pogba’s comments in his pre-match press conference on Friday morning where he seemed to allude to the fact the club had triggered the option on Pogba’s deal.

“Paul’s our player, he’s going to be here for another two years,” Solskjaer said. “I’m sure Paul is focused on doing his best for us and we want to see the best of Paul and I’m sure in the next couple of years we’ll get the best out of him.”

Pogba returned to United in 2016 for a then-world record fee of £89million but has struggled to find consistent form since his return while missing a large portion of last season with a couple of different injuries.

It is common practice for the club to extend the contracts of players and all deals come with that one-year option.

sportsgamingwirehttps://sportsgamingwire.com
As an Editor and an Sports Geek, it's my pleasure to share my knowledge about Sports and their various aspects that can impact our lives.
Previous articlePlayStation Store Will No Longer Offer PS3, PS Vita, And PSP Games Online And Mobile
Next articleAssassin’s Creed Valhalla Has Gone Gold