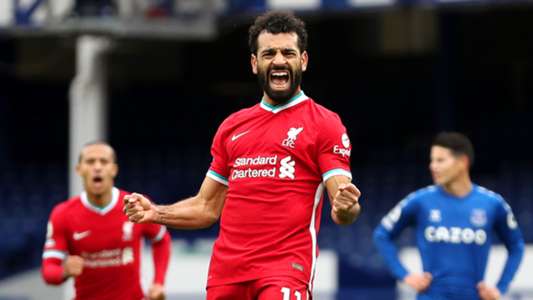 Liverpool attacker Mohamed Salah has scored his 100th goal for the club, with the strike arriving against Merseyside derby rivals Everton.

The Egypt international had seen Michael Keane wipe out Sadio Mane’s opening goal when a half-cleared cross fell to him in the box. A replied with a crisp first-time shot with his left foot that picked out the corner of the net.

It was his 100th goal in just 138 appearances for the club, in which he has helped them to a Champions League crown and a Premier League title – as well as runners-up positions in both of those illustrious competitions. In addition to his remarkable tally of goals, he has also chalked up 38 assists in those outings.

sportsgamingwirehttps://sportsgamingwire.com
As an Editor and an Sports Geek, it's my pleasure to share my knowledge about Sports and their various aspects that can impact our lives.
Previous articleMorbidelli quickest in FP4, three tenths split top 12
Next articleKuppet Air Purifier, Acure and Pixi Beauty Products, Canon Pixma All-in-One Printer, White Noise Machine, and More