Bourne snatches the crown with another stunner at Brands 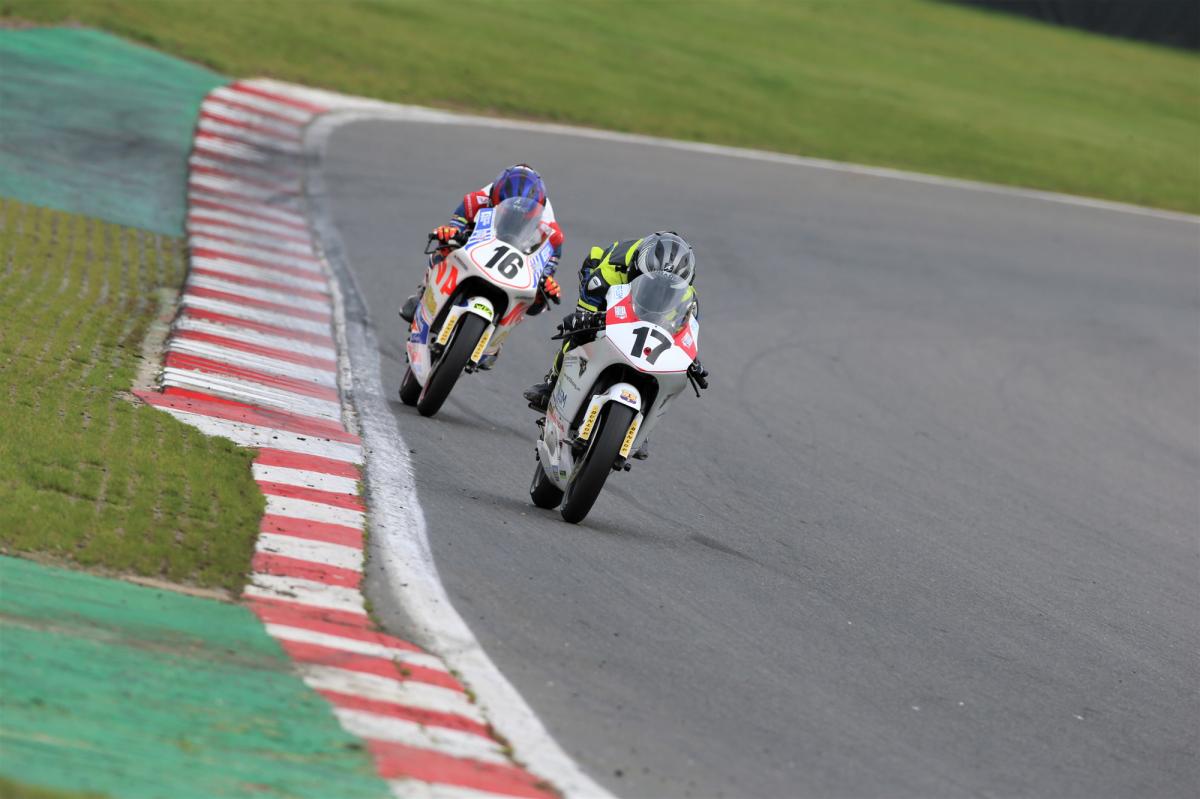 Franco Bourne (Franco Bourne/SP125 Racing) is the 2020 Honda British Talent Cup Champion. After domination in Race 1 at Brands Hatch saw him grab the momentum ahead of the season finale, the number 17 kept it clean with another stunning show of pace to take the crown on Sunday. The drama hit early for former points leader Eddie O’Shea (WAM) as he was wiped out on Lap 1, with the man in the lead on the way in, Charlie Farrer (Victoria House Academy/Mortimer Racing), then hitting similar bad luck mid-race to end his charge. Harvey Claridge (City Lifting/SP125 Racing) took second in the final race of the season, with Evan Belford (City Lifting by RS Racing) completing the podium – just.

sportsgamingwirehttps://sportsgamingwire.com
As an Editor and an Sports Geek, it's my pleasure to share my knowledge about Sports and their various aspects that can impact our lives.
Previous articleOde Fulutudilu shines as Aland United end PK-35 Vantaa winless jinx
Next articleAdam Gray Soaks In Another Stafford Championship

PHOTOS: Saturday’s King Of The Mountain

NASCAR believes Michael Jordan can be a ‘player’ in racing, too

Stroll’s doctor did not say Covid test was necessary

Screenshot: NBA 2K21One of the many...
Read more
Soccer

The Gunners star was the subject of...
Read more
Gaming

The Gers boss is keen to have...
Read more
Load more