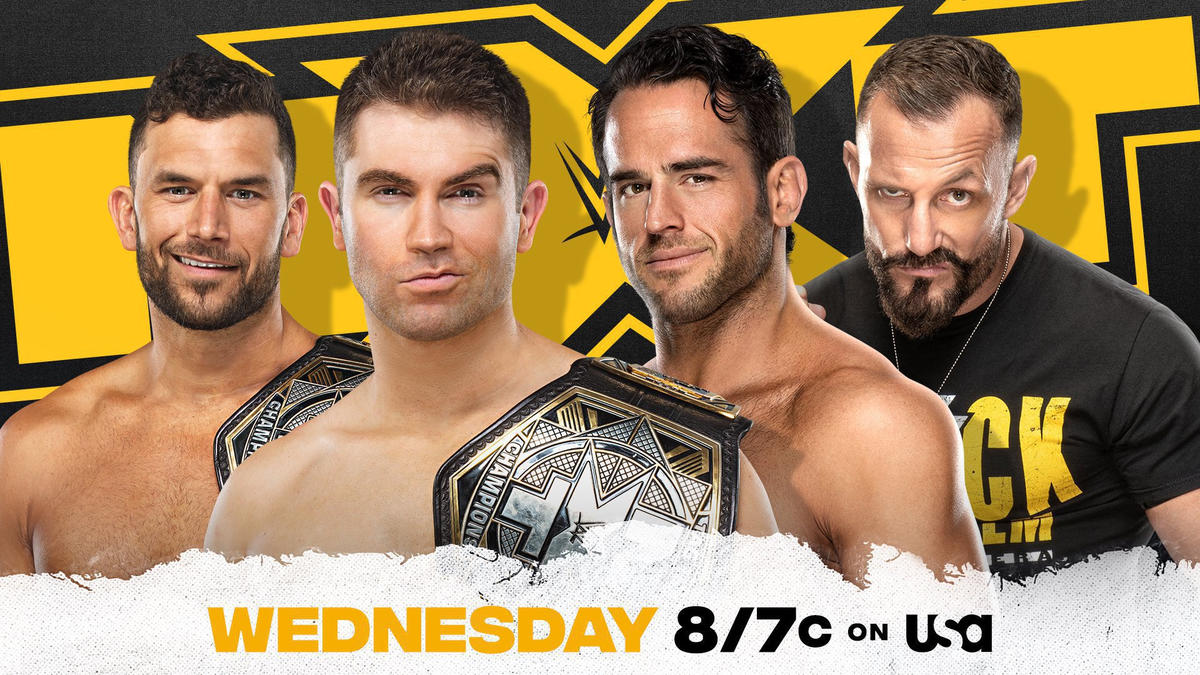 Is the second coming of The Undisputed ERA’s Golden Prophecy imminent?

Roderick Strong & Bobby Fish will look to usher it in tomorrow night when they challenge Breezango for the NXT Tag Team Titles.

The most dominant faction in NXT history has been without any gold for some time, but Strong & Fish earned a chance to change that when they defeated Danny Burch & Oney Lorcan last week. They will try to claim The Undisputed ERA’s fourth NXT Tag Team Championship.

Meanwhile, Tyler Breeze & Fandango have been up to the challenge of warding off the competition since seizing their first championship in WWE or NXT.

Will The Undisputed ERA be golden, or will Breezango send them back to the drawing board?

sportsgamingwirehttps://sportsgamingwire.com
As an Editor and an Sports Geek, it's my pleasure to share my knowledge about Sports and their various aspects that can impact our lives.
Previous articleInterMat Wrestling – Legendary Minnesota high school wrestling coach Jackson retires
Next articleRussian hackers attacked 2018 Winter Games: US indictment