39 Nights Of Racing Between Huset’s & Jackson 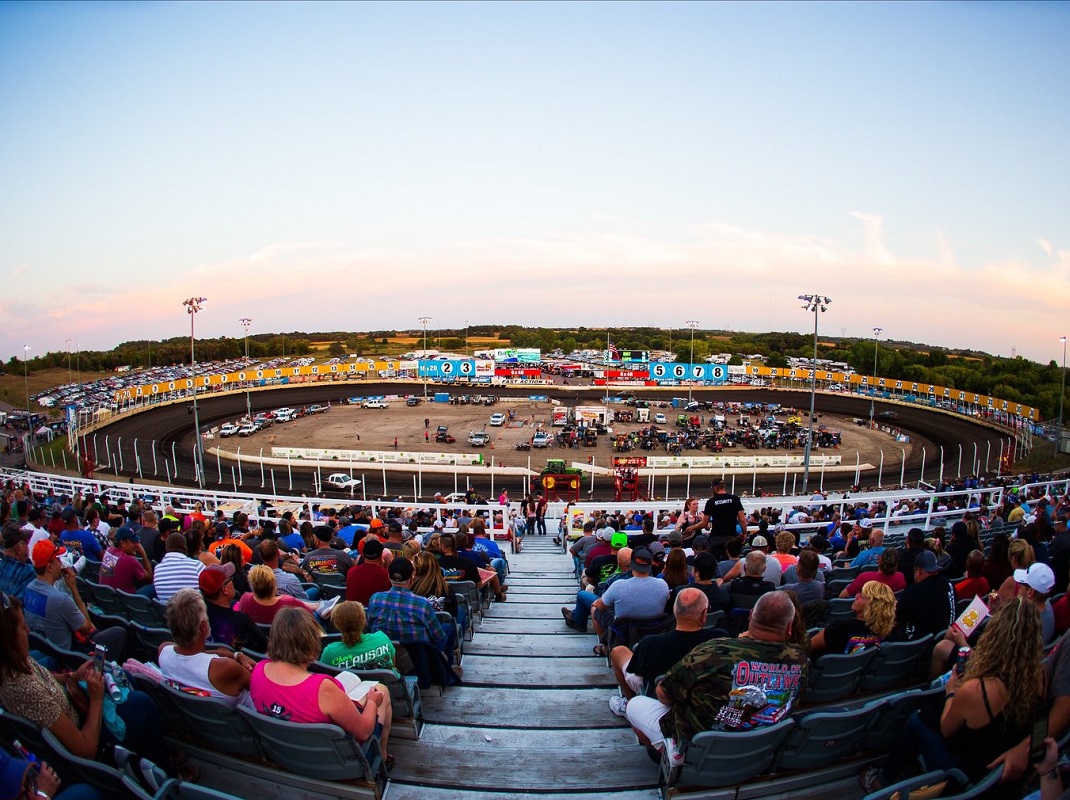 BRANDON, S.D. – The tentative 2021 schedules for the Tod Quiring-owned dirt tracks of Huset’s Speedway and Jackson Motorplex will feature 39 nights of racing.

The highlight is a spectacular week of competition titled The Showdown, which kicks off on June 20 with a $5,000-to-win 410ci winged sprint car event at Huset’s Speedway.

The Showdown continues at the high-banked oval on June 21-22 for the Huset’s 50 – a World of Outlaws NOS Energy Drink Sprint Car Series event. The Showdown action then shifts to Jackson Motorplex in Jackson, Minn., for the 43rd annual AGCO Jackson Nationals, June 24-26.

Numerous other special events are planned at both ovals.

Huset’s Speedway will welcome the Ollie’s Bargain Outlet All Star Circuit of Champions on Aug. 1, as well as a one-day World of Outlaws event on Aug. 22.

Jackson Motorplex features the Bumper to Bumper IRA Sprint Series during its season opener on May 14, along with the World of Outlaws Morton Buildings Late Model Series on July 9-10.

Both tracks will host two nights of the $10,000-to-win Power Series Nationals – Sept. 3-4 at Jackson Motorplex and Sept. 5-6 at Huset’s Speedway.

The Huset’s Speedway schedule has 24 nights – mostly on Sundays – with the featured divisions including 410 outlaw sprints, RaceSaver 305 sprint cars and LMSS Late Model Street Stocks beginning on Mother’s Day, May 9.

The season concludes with a Cheater’s Day tripleheader Sept. 24-26. Northern Outlaw Sprint Ass’n 410ci sprint cars will be a part of seven nights throughout the season.

The Jackson Motorplex slate showcases 15 nights of special events, including a half dozen with the Midwest Power Series and Midwest Sprint Touring Series, as well as three Bank Midwest IMCA Series nights.

To view the tentative 2021 schedule for each track, visit http://www.HusetsSpeedway.com and http://www.JacksonMotorplex.com.

sportsgamingwirehttps://sportsgamingwire.com
As an Editor and an Sports Geek, it's my pleasure to share my knowledge about Sports and their various aspects that can impact our lives.
Previous articleTransfer news and rumours LIVE: Man Utd unhappy with Greenwood
Next articleHoggard tests Red Bull F1 car at Silverstone

Is it possible to write anything new about Muhammad Ali?

Yes you can. John Dennen speaks to the...
Read more
Boxing

THERE is a famous black and white picture...
Read more
Boxing

As the price point for the Anthony Joshua...
Read more
Motorsport