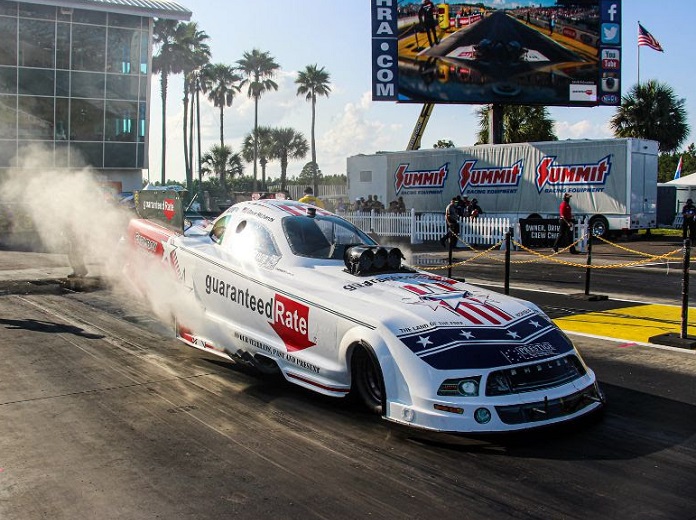 As part of the expanded deal, the Guaranteed Rate Mustang Funny Car of Dave Richards will compete in the final two races of the NHRA Camping World Drag Racing Series season at Houston (Texas) Raceway Park and The Strip at Las Vegas (Nev.) Motor Speedway.

Richards made the field as the No. 14 qualifier at Gainesville (Fla.) Raceway before a first-round exit at the hands of Bob Tasca III’s Motorcraft/Quick Lane Mustang Funny Car.

sportsgamingwirehttps://sportsgamingwire.com
As an Editor and an Sports Geek, it's my pleasure to share my knowledge about Sports and their various aspects that can impact our lives.
Previous articleEA Accused Of Running “Unlicensed, Illegal Gaming System”
Next articleWWE NXT results: Oct. 21, 2020