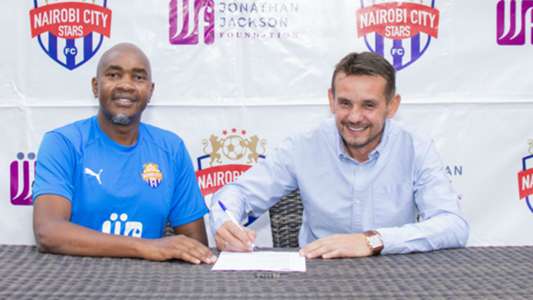 The tactician helped the Simba wa Nairobi earn promotion back to the top-tier after a superb campaign in the National Super League. They were leading in the NSL when the FKF ended the season in May as they had amassed 64 points from 28 games.

The Bosnian has already returned after months away from his charges as he had travelled to Sarajevo just after the league was cancelled. He has returned to take charge of the pre-season training sessions with his players who have not kicked a ball in a competitive game in the last seven months.

“Our target in our first season back is to make City Stars a stable Premier League outfit, one that will develop young players to a national level with the aim of transferring some players to clubs abroad,” Alagic told the club’s website.

“We will stay focused and humble. It’s great to be back as it has been a long time out without football.”

The schedules for the FKF Premier League have already been released alongside the dates the competition is expected to begin and end.

The NSL champions will be welcomed to the league by teams from the Western Region in the first five opening games. Their opener will be against Nzoia Sugar, who have made a number of signings following the 2019/20 struggle.

“We are happy to be back in the Premier League after four years and we can’t wait to get the season started with our first game against Nzoia Sugar,” the Uefa Pro coach added.

“We want to prepare for that first game like it’s a final then take it game by game after that.”

The coach also praised the changes the club underwent before that he said brought stability and good results.

“Last season the club restructured and became very stable and organised and we are happy to continue with what we started then into the new seasons,” he concluded.

“We want fans to be aware of this and we are asking them for their support as we journey back into the Premier League.”

Nairobi City Stars have been fighting for promotion back to the top league since they were relegated at the end of the 2016 season.

sportsgamingwirehttps://sportsgamingwire.com
As an Editor and an Sports Geek, it's my pleasure to share my knowledge about Sports and their various aspects that can impact our lives.
Previous articleUbisoft Unlocks Over 1,000 Club Rewards As Uplay Phases Out
Next articlePHOTOS: Saturday’s King Of The Mountain