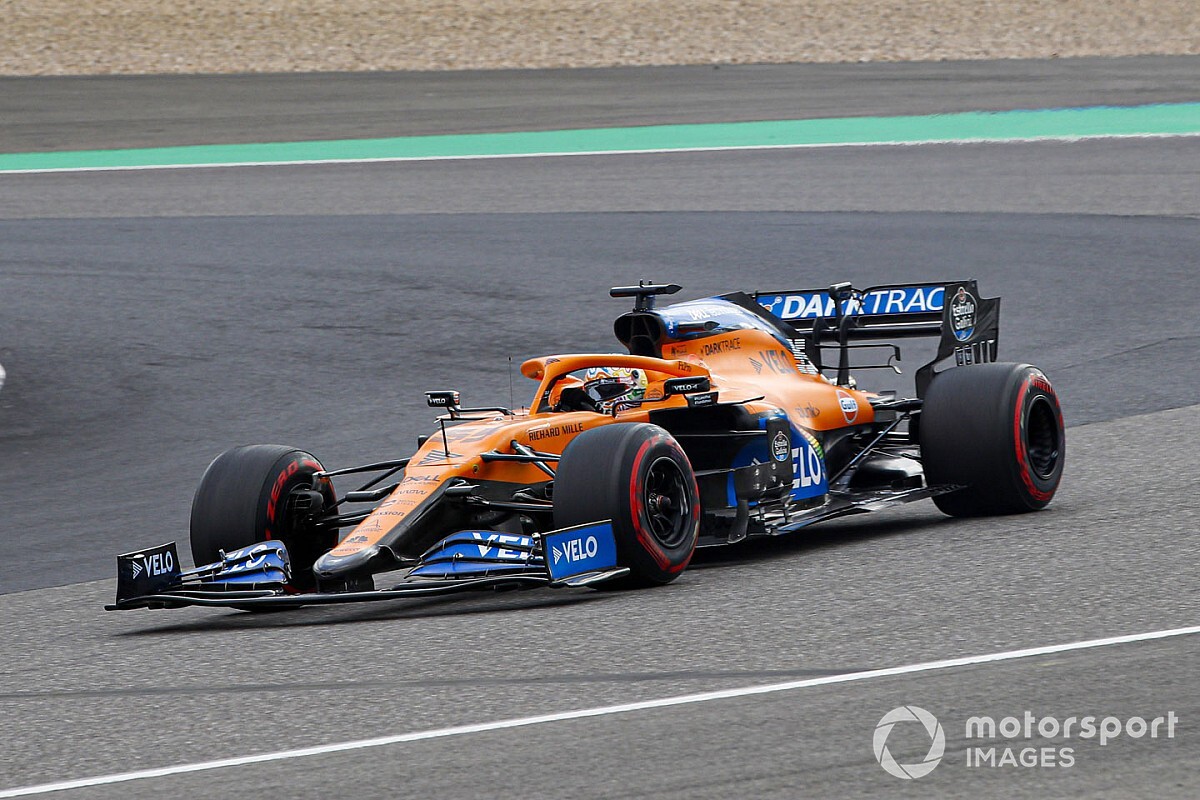 Sainz had exclusive use of the new aero package at the Eifel Grand Prix but was left unconvinced that it was a step forward as he struggled to find a good balance in both qualifying and the race.

Speaking after being too far away from a close fight for the top three, Sainz said: “With the car I had today I couldn’t fight for the podium, but maybe with the one I had two races ago, maybe I could.”

However, despite Sainz not feeling that the updates had brought an instant step forward, McLaren team principal Andreas Seidl says the outfit has no doubts about the potential of the new parts.

Seidl thinks that the key is simply unlocking the right setup, because then that will unleash the full potential that has been seen in the wind tunnel.

“In the end, we strongly believe in this new concept of the different nose box,” explained Seidl.

“It’s obviously quite a significant change in terms of the aero concept and therefore it was clear for us that we need time to, let’s say, exploit the full potential of that package.

“I think with everything we have seen so far, we simply need more time in order to find the right setup for it and find the sweet spot of the car.

“We see elements of, let’s say, increased potential of this package. But overall it [so far] simply didn’t give this overall step forward in performance throughout the corner. And that’s what we need to work on and then hopefully make the next step in Portimao.”

McLaren is locked in a tight three-way fight with Racing Point and Renault for third place in the constructors’ championship – with the three teams separated by just six points.

Seidl has long believed that Racing Point has had the faster car all season, and now he also thinks that Renault has edged ahead too.

He added: “If you look at the last couple of races, I think Renault definitely is ahead by a tenth or two at the moment, so they made a step forward with their car.

“We didn’t make this step yet. So I would say it’s a trend and that’s why it’s important to make sure we make this step now as well in the next races in order to keep this fight alive.”

sportsgamingwirehttps://sportsgamingwire.com
As an Editor and an Sports Geek, it's my pleasure to share my knowledge about Sports and their various aspects that can impact our lives.
Previous articleCan MotoGP™ reach cloud nine at MotorLand?
Next articleOzil upset after axing from Arsenal’s Premier League squad