Stroll’s doctor did not say Covid test was necessary 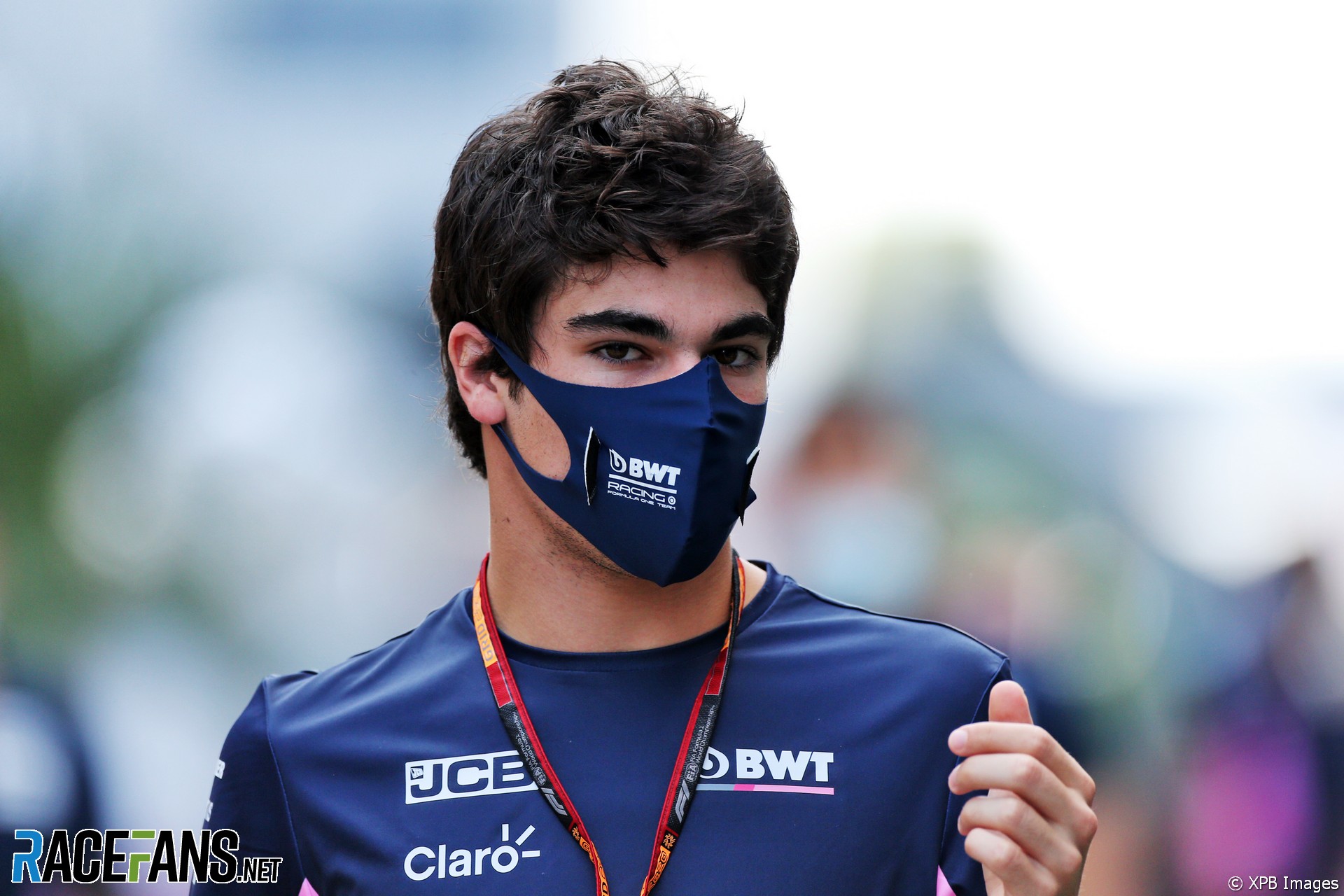 Stroll sat out the last round of the championship after reporting several symptoms including an upset stomach following the previous round in Russia. He tested negative for Covid-19 on the Tuesday before the Eifel Grand Prix, but on Saturday morning decided he was too unwell to participate in the event.

However Stroll did not take a Covid-19 test until he returned home to Switzerland the following day. According to Racing Point, this was in line with their “enhanced testing protocol”.

Stroll first revealed the details of his positive test in a social media post today. He added he has since tested negative for Covid-19.

“As stated by Lance on social media this morning, Racing Point can confirm that he tested positive for Covid-19 on Sunday 11th of October,” said Szafnauer in a statement. “Lance had left the team bubble in Germany on Saturday 10th October as he was unable to compete due to the effect of a recurring stomach upset.

“Lance had first reported an upset stomach during the Russian Grand Prix week and subsequently tested negative for Covid-19 several times, tests taken in line with both the FIA and Racing Point’s own protocols.

“He also tested negative before arrival in Germany in the official pre-event test for the Eifel Grand Prix. The upset stomach symptoms returned on Saturday which forced Lance to withdraw from the race and stay in his motorhome away from the paddock.”

Szafnauer said Racing Point took medical advice after Stroll withdrew from the Eifel Grand Prix. “He consulted with a doctor who did not believe his symptoms indicated Covid-19 and did not advise a test was necessary.

“Based on this clinical assessment, at the time there was no requirement to inform the FIA as to the nature of the illness.”

Racing Point’s staff who may have come into contact with Stroll have tested negative for the virus, said Szafnauer.

“Lance flew home to Switzerland on a private plane on Sunday morning. In line with Racing Point’s enhanced testing protocol, under which all team members are tested on return from a grand prix, Lance took a Covid-19 test at home and received a positive result the next day.

“He continued to isolate for 10 days from the date of the test, in line with local regulations. He returned a negative test on Monday this week and will travel to the Portuguese Grand Prix.

“All members of the Racing Point team at the Eifel Grand Prix returned to the UK via a private charter flight and all tested negative upon their arrival, and again in their pre-event test for the Portuguese Grand Prix.”

F1’s Covid-19 protocols have been revised ahead of the Portuguese Grand Prix. Previously personnel could enter the paddock providing they had tested negative within the past few days at any location. They will now have to test negative on-site before entering the paddock.

sportsgamingwirehttps://sportsgamingwire.com
As an Editor and an Sports Geek, it's my pleasure to share my knowledge about Sports and their various aspects that can impact our lives.
Previous articleHoward Honoring France Humanitarian Award Finalists
Next articleThe Best Holiday Dash Sales