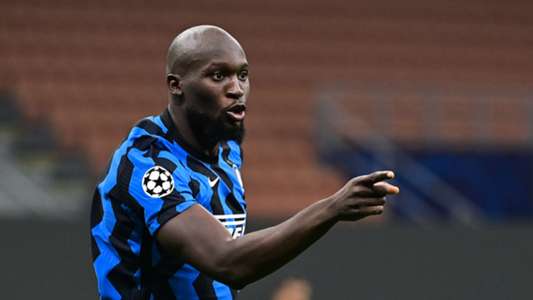 The former Man Utd forward starred again on the European stage, netting twice to spare the Nerazzurri’s blushes against the Bundesliga outfit

Borussia Monchengladbach duo Jonas Hofmann and Mathias Ginter spoke of their side’s struggle to contain Inter striker Romelu Lukaku, with the Italian side’s target man said to be a player who “cannot be taken out of the game completely”.

The Belgian scored twice in Wednesday night’s 2-2 Champions League draw at San Siro, with his second coming right at the death to rescue a point for the hosts after their opponents had taken the lead through Ramy Bensebaini and Hofmann himself.

Lukaku’s hold-up play allowed the Nerazzurri to move further up the pitch when in possession on Wednesday night, and Hofmann was far from surprised with how often the hosts looked to find their target man.

“Ninety nine per cent of Inter’s game plan is to get the ball to Lukaku,” the Germany international said after the match. “He holds the ball up while the rest of the team pushes up and supports him.

“It was tough at times to get a defender in front and behind him, but I think our defenders did a good job in the end.”

Ginter echoed those thoughts, adding: “I don’t think you can take players like Lukaku out of the game completely. He had three chances and scored twice, both from close range. We didn’t give much away in the game.”

“There was a rollercoaster of emotions in the final few minutes,” the midfielder said. “We had to wait a while to see if my goal was going to count or not. Not many people would have thought before the game that we would take something from Inter.

“After the game, I have to say that I’m a bit disappointed about only getting a point. We gave it our all to try and see it home from 2-1 but didn’t defend the corner well enough, which is extremely disappointing.”

Ginter again agreed with Hofmann and called for more resolute defending heading forwards. He said: “In a few hours time we’ll be pleased about the point, but right after the game we are a bit disappointed.

“It’s annoying to concede an equaliser in the 90th minute after only making it 2-1 a few minutes before the end. The fact that the goal was avoidable makes it even more frustrating. Even though some of our bigger players weren’t on the pitch, we should have defended the corner better.

“We didn’t let them have many chances over the course of game. We did things better after [Bensebaini’s] penalty to make it 1-1 and deserved the point in the end.”

sportsgamingwirehttps://sportsgamingwire.com
As an Editor and an Sports Geek, it's my pleasure to share my knowledge about Sports and their various aspects that can impact our lives.
Previous articleLook At These Metal Gear Solid Air Jordans
Next articleFIA cuts points for F1 superlicence in case of force majeure