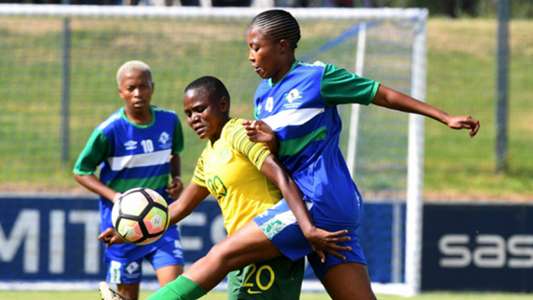 The South Africa women’s team has been drawn against Eswatini, Comoros and Angola in Group A in the upcoming seventh edition of the Cosafa Women’s Cup, commencing on November 3.

Banyana Banyana are campaigning in the regional showpiece scheduled to end on November 15 in Port Elizabeth as the defending champions, having won the last three editions, and six overall.

Thursday’s final draw held at the Cosafa House in Johannesburg also saw Zambia, Malawi and Lesotho pitted in Group B, while Zimbabwe, Botswana and Tanzania are polled in Group C.

Teams that finish at the top from each of the three groups after the preliminary stage matches, will progress automatically to the semi-final, with a best second-placed side claiming the last four spot.

Desiree Ellis’ side will begin their title defence against Angola on November 3 and later take on Eswatini on November 6 before facing Comoros three days later at Wolfson Stadium.

The matches of the 10-nation regional women’s tournaments will be played at the Wolfson and Gelvandale stadiums in the Nelson Mandela Bay Municipality.

Having missed out on an Olympic ticket, South Africa will be eager to redeem their image at this year’s tournament but will face stiff competition from Zambia and Malawi for the title.

sportsgamingwirehttps://sportsgamingwire.com
As an Editor and an Sports Geek, it's my pleasure to share my knowledge about Sports and their various aspects that can impact our lives.
Previous articleThis Mortal Engines-themed Planet Coaster build wont eat your rides
Next articleBerry Lands Partial Xfinity Slate With JR Motorsports