Everton reveal they paid a lot less than £1.5m for Calvert-Lewin after talk of Man Utd interest 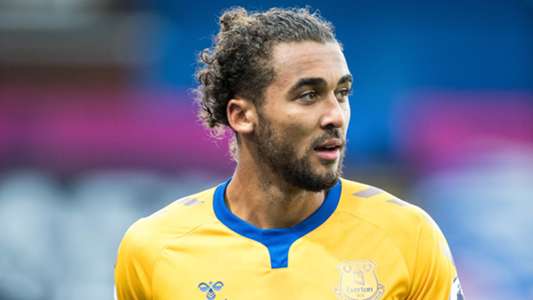 The Toffees frontman, who is now a senior England international, has been linked with a big-money move after proving to be a bargain on Merseyside

Dominic Calvert-Lewin sparked talk of interest from Manchester United over the summer, with reports of £80 million ($105m) price tags doing the rounds , and David Unsworth has revealed that Everton snapped the in-form striker up for “a lot less” than £1.5m in August 2016.

That was the fee said to have taken a promising frontman from Sheffield United to Merseyside as those at Goodison Park sought to buy into obvious potential.

Patience with Calvert-Lewin has been rewarded at Goodison Park, with the 23-year-old now very much at the peak of his powers.

A 10-goal return in 2020-21 has helped Everton to position themselves among the early Premier League frontrunners, while said efforts have also earned senior international recognition with England.

Admiring glances are now being shot in Calvert-Lewin’s direction from across Europe , with speculation suggesting that the Red Devils from Old Trafford are one of his many suitors.

Everton have no intention of selling, but would generate considerable profit if they did cash in on a “bargain” buy who was acquired for practically nothing when being lured away from his native Sheffield.

Former Everton star Unsworth, who is now head of the club’s academy and helped to put a deal for Calvert-Lewin in place, told Sky Sports of the reported £1.5m deal that was done four years ago: “I can assure you it was nowhere near the amount of money that people bandied about! I won’t say the exact fee but it was a lot less than what you just quoted.

“I still smile when I think about how we managed to prise him away. It was all about timing and Sheffield United were in League One and had just got a new manager. Dominic wasn’t going to play a big part in trying to get them out of League One. Chris [Wilder] decided to go down the experience route and has proven to be very successful.

“We managed to get Dom into our Under 23s at the time, and he’s a player I’d worked with previously during my time as a coach at Sheffield United as a 16-year-old. I’d always followed him and tried to plot his journey when he went on two loan periods [at Stalybridge Celtic and Northampton Town].

“I watched him and I was absolutely delighted to bring him to the club. It was a fantastic signing for us, and he is now producing the sorts of displays and playing as well as we could ever have imagined when he was a young player. He’s outstanding and has been a brilliant signing for us.”

Unsworth added on spotting an 18-year-old Calvert-Lewin and what he felt he he could become: “We felt it was a bargain.

“We felt that we’d signed a quality player, but it’s easy now to sit here and say, ‘we knew he would play in our first team’. At the time, he had all the tools to potentially be a first-team player.

“But Dominic has gone on and done brilliantly to jump over every hurdle he’s come across and taken every opportunity that’s come his way.

Everton, who have gone unbeaten through their opening five Premier League fixtures this season, will be back in action on Sunday when taking in a trip to Southampton.

sportsgamingwirehttps://sportsgamingwire.com
As an Editor and an Sports Geek, it's my pleasure to share my knowledge about Sports and their various aspects that can impact our lives.
Previous article2021 silly season: how is the MotoGP™ grid shaping up?
Next articleMotoGP™ Fantasy: money on Marquez despite Suzuki speed