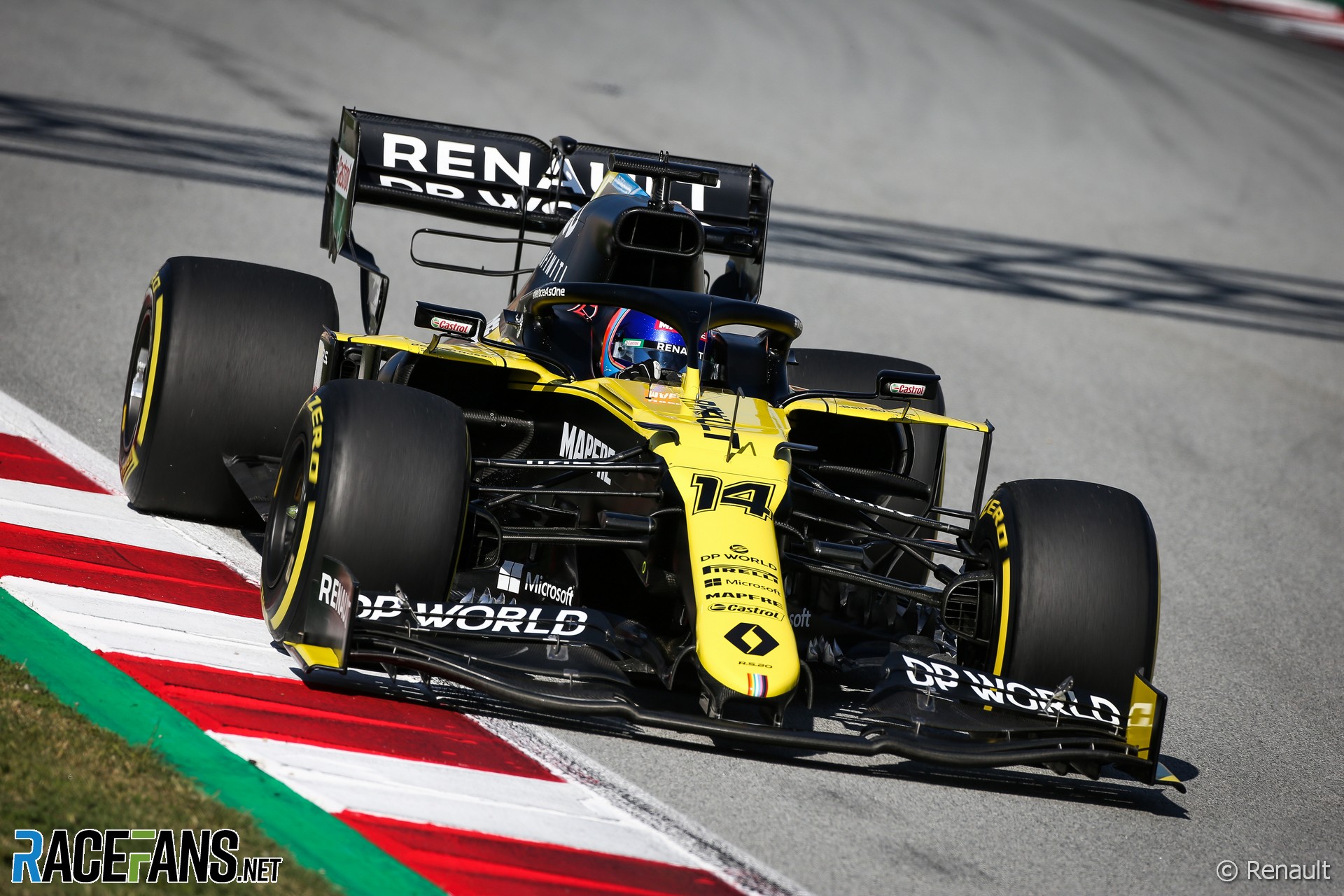 The two-times world champion drove the team’s RS20 at the Circuit de Catalunya. As the event was a filming day, Alonso was limited to just 100 kilometres of running and had to use demonstration tyres.

Nonetheless Ocon, who will be Alonso’s team mate next year when Renault rebrands as Alpine, said the run “gave us some little extra information.”

Alonso has also been working in Renault’s simulator ahead of his comeback and his comments have tallied with those from Ocon and Daniel Ricciardo. “Of course having three drivers giving feedback is a clear confirmation for the team,” said Ocon.

“Having two is already a good thing. But when you have three, there’s no question, you have to go [in] that direction. It’s been good to have his opinion, as well, on things. But overall, we look all pretty lined-up in our opinions.”

Ocon expects he will be able to learn a lot from his highly successful new team mate. “We had meetings last week where he was present. He tested the car in Barcelona. So he’s getting there, he’s having more and more preparation.

“And for sure having a guy like Fernando who has a lot of experience, it’s going to be very interesting to see what he brings to the team. Of course I can always learn from from legends like that.”

sportsgamingwirehttps://sportsgamingwire.com
As an Editor and an Sports Geek, it's my pleasure to share my knowledge about Sports and their various aspects that can impact our lives.
Previous articleMake some weird goblin pals in Tenderfoot Tactics, out now
Next articleAll The Big Games Coming Out In Fall 2020