How Barcelona superstar Lionel Messi made El Clasico his playground 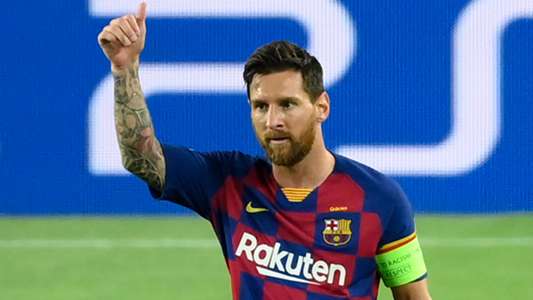 Lionel Messi was just 18 years old when he tasted El Clasico for the first time. It was at the Santiago Bernabeu on a cold November night in 2005 that the Argentine teenager first featured in Barcelona’s team against Real Madrid, doing so with the No.30 on his back.

Shortly into his El Clasico debut, Messi did what he does best and worked his magic to assist Samuel Eto’o for Barca’s first goal, before Ronaldinho scored a brace to record a memorable 3-0 away win.

Now, 15 years later, Messi is a thorn in Madrid’s side. Messi hasn’t only lived up to that early promise, but he has managed to set his own benchmarks in this famous La Liga fixture.

Nobody can dispute his dominance as the forward has broken many records that had stood for more than half a century.

No player has scored as many goals in El Clasico as Messi’s 26. An impessive 18 of those have come in La Liga, again making him the all-time top scorer in league meetings between the two sides. Not even Cristiano Ronaldo, with 18 goals, or Alfredo Di Stefano, with 16 goals, can compare to Messi in this fixture’s all-time rankings.

Messi is second only to Sergio Ramos in El Clasico appearances. The Argentine also has 14 assists in addition to his goals, on his way to achieving 19 victories, 11 draws and 13 defeats against Real Madrid.

His record setting form against Barca’s eternal rivals means that Real Madrid have been losing their grip on their head-to-head El Clasico record during his career. Before Messi burst onto the scene, Madrid had six more victories in this fixture than Barcelona, but now the head-to-head record is tied on 96 wins for the Blaugrana and 96 wins for the Blancos. Looking solely at La Liga meetings, Real Madrid still have a slight lead at 73 to 72.

Messi’s El Clasico legacy is clearly unrivalled. However, he still has further records within his grasp. Real Madrid honorary president Paco Gento won 21 El Clasico matches during his playing career and Messi, currently on 19, is closing in on that number. He could even catch Gento’s record during this season.

The Argentine wizard’s excellent record in these matches has inevitably led to titles. He is the player with the most trophies in the history of Barcelona (34), including 10 La Liga titles and four Champions Leagues. The honours claimed by the current captain during his 15 years in the Barca first team represent a third of all those won by the Catalan club in the 121 years since its founding. Barcelona have reached 91 titles, just one behind Real Madrid on 92. There has been a comeback in this ranking during the Messi era too, with Barcelona winning 34 and Real Madrid 21 since his debut back in 2004.

From the very beginning, Messi enjoyed great success against Real Madrid. In 2007, when still just 19 years of age, he scored his first El Clasico hat-trick in an epic 3-3 draw, becoming the youngest player in history to score three in the fixture. In 2008-09, he was decisive in both league meetings – scoring in a 2-0 win at the Camp Nou and netting twice in the history 6-2 win at the Bernabeu.

Then in 2011, Barça and Real Madrid met four times in the space of just a few weeks, with Messi dominating every game. In 2014, he scored another El Clasico hat-trick at the Bernabeu, kissing the Barca badge, and scored a famous 93rd winner at the Bermabeu in 2017, prompting an even more famous celebration – holding his shirt up to the Bernabeu fans, a moment which has become a central piece of modern El Clasico history.

Messi’s legacy in this game is so overwhelming that the key figures of the past would have to join up their El Clasico highlights to be able to compare.

Messi has shown he can perform skills like Ronaldinho or Zinedine Zidane did, that he can score more goals than Di Stefano managed, that he can match record scorelines like the 5-0 of Johan Cruyff and take part in an unprecedented 6-2 and that he can score impossible goals like Diego Maradona’s special 1983 effort.

The stats, the memories and the honours confirm that Messi has been the centrepiece of football’s great rivalry over the course of these last 15 La Liga seasons. The next clash is now set for this weekend, when a new chapter of the legend can be written.

sportsgamingwirehttps://sportsgamingwire.com
As an Editor and an Sports Geek, it's my pleasure to share my knowledge about Sports and their various aspects that can impact our lives.
Previous articleVindex813 emerges victorious in WINDTRE Rising Stars Final
Next article‘Playing football without income remains my toughest challenge’ – FC Masr’s Nyakeya