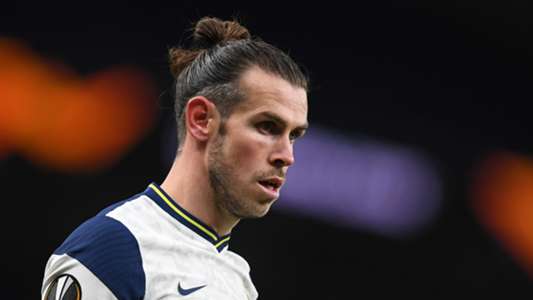 Gareth Bale conceded he was ‘a bit stiff’ after making his second full debut for Tottenham in their 3-0 Europa League win over LASK on Thursday night.

On loan from Real Madrid, the winger came off the bench for Spurs over the weekend as they squandered a three-goal lead against West Ham in the Premier League.

Bale’s first start since returning to Tottenham faired much better however as he forced an own goal in the 28th minute as Jose Mourinho’s side ultimately strolled to a comfortable victory.

After struggling for game time at the Santiago Bernabeu over the past few seasons, Bale admitted he needs to work on his match fitness but is savouring the chance to play regularly again.

“We know these games are important. We went out there and did a great job. It wasn’t our best performance but we were solid and most important is the three points,” Bale told BT Sport post-match.

“I am a bit stiff. It is like a mini pre-season for me and I am trying to get minutes into the legs. Hopefully it won’t take me long to get back up to full speed and I am enjoying being on the pitch and being back at this amazing club.”

Asked what it’s like being back at Spurs, Bale added: “It is amazing. It is a big reason why I play well and why I came back. You want to be loved and appreciated. I will give everything for this shirt.

“This is a great squad that has a lot of depth, hopefully we can use that to our advantage. It is always good to have competition to keep you on your toes.”

Brazilian forward Lucas Moura opened the scoring for Tottenham in the 18th minute against LASK and believes Mourinho is the man to steer the club to a deserved piece of silverware this season.

“It is the best way to start the competition. Of course we need to improve some things but 3-0 at home is a good result,” Moura told BT Sport.

“We missed a lot of opportunities and gave some space for them but I think we are solid. It is always good to score, especially for strikers. It is my job. If I help my team-mates I am happy, if I can score it is even better.

“I know Jose Mourinho is a winner and wants to win a trophy here. I think the squad deserves a trophy. I am very positive for the season but let’s do it step by step. We will fight for it because I think the fans and the club deserve it.”

Spurs next face Burnley in the Premier League on Monday night and have now gone 10 games in all competitions without losing.

sportsgamingwirehttps://sportsgamingwire.com
As an Editor and an Sports Geek, it's my pleasure to share my knowledge about Sports and their various aspects that can impact our lives.
Previous articleLA Galaxy won’t loan Chicharito to Chivas despite MLS goal drought
Next articleSo Far, Immortals Fenyx Rising Is More Than Just Ubisoft’s Take On Breath of the Wild