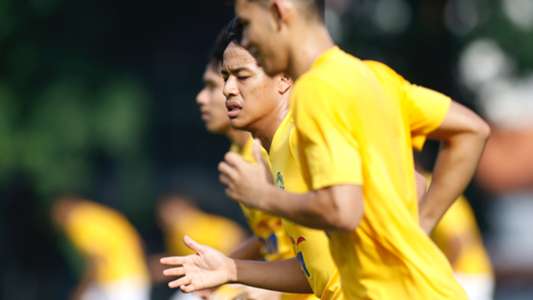 Having shown improvements at KV Kortrijk, Malaysian teenage star Luqman Hakim Shamsudin is embarking on another first this weekend.

Having shown improvements at Belgian First Division A side KV Kortrijk, Malaysian teenage star Luqman Hakim Shamsudin is embarking on another first this weekend.

The 18-year old striker has been selected to join the club’s matchday squad for their league encounter against Anderlecht this Saturday, October 24, with kick-off time at 2:45 am Malaysian time.

The news was revealed by his club through their social media and website on Friday.

We have a new name in our squad for tomorrow’s game! 🇲🇾https://t.co/TKBTMbzJnb

Being handed a matchday squad selection is another step in the youngster’s European journey, but a league appearance on Saturday will make it a huge leap. If he does get playing minutes against Kompany’s charges, the Mokhtar Dahari Academy graduate will make his name as the first Malaysian to play in a top European league.

sportsgamingwirehttps://sportsgamingwire.com
As an Editor and an Sports Geek, it's my pleasure to share my knowledge about Sports and their various aspects that can impact our lives.
Previous articleMexican rivals Juan Francisco Estrada and Carlos Cuadras prepare to renew hostilities
Next articleWhat boxing fans should watch this week