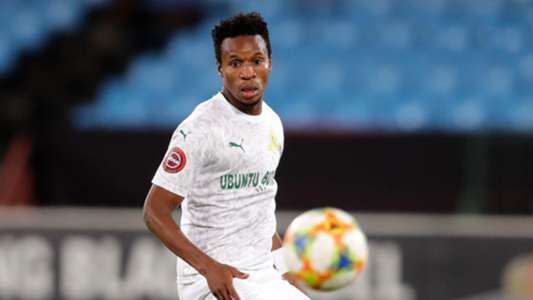 The Tshwane giants were the big winners during the star-studded virtual ceremony having enjoyed a successful 2019/20 season.

The club’s key player Themba Zwane was the biggest winner on the night as he won three accolades.

His former coach, Pitso Mosimane scooped the PSL Coach of the Season after guiding Sundowns to their maiden domestic treble in the PSL era.

Sundowns captain Hlompho Kekana won the PSL Goal of the Season for his strike against Cape Town City in the first round of the 2019/20 season.

Kekana’s new teammate Peter Shaulile received the PSL Golden Award which he shared with Orlando Pirates striker Frank Mhango with both players having netted 16 goals in the recent campaign.

SuperSport United duo of Ronwen Williams and Bradley Grobler walked away with the PSL Goalkeeper of the Season and MTN8 Last Man-Standing accolades respectively.

PSL Players’ Player of the Season

PSL Coach of the Season

PSL Goalkeeper of the Season

PSL Defender of the Season

PSL Midfielder of the Season

PSL Young Player of the Season

PSL Goal of the Season

Nedbank Cup Player of the Tournament

PSL Assistant Referee of the Season

PSL Referee of the Season

sportsgamingwirehttps://sportsgamingwire.com
As an Editor and an Sports Geek, it's my pleasure to share my knowledge about Sports and their various aspects that can impact our lives.
Previous articleLawsuit Claims Bethesda Purposefully Sabotaged Rune 2 In Favor Of The Elder Scrolls
Next articleThe Weeknd channels Big E to tease new music video