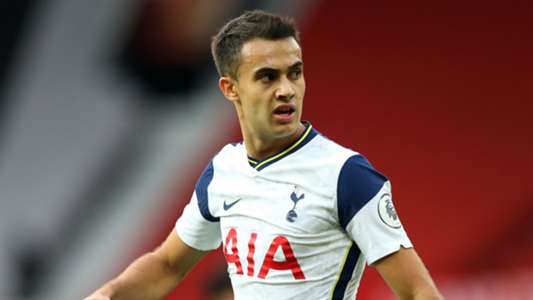 The highly-rated left-back was a much sought-after asset in the summer window, with Spurs eventually winning the race for his signature

Sergio Reguilon claims “world-class manager” Jose Mourinho played a big part in his decision to shun interest from elsewhere and swap life at Real Madrid for that in north London with Tottenham.

The highly-rated left-back completed a £28 million ($37m) move to England during the summer transfer window.

His stock had soared on the back of a productive loan spell at Sevilla in 2019-20 which presented him with a shop window to the world.

Various clubs expressed interest in taking Reguilon off Real’s hands on a permanent basis, with Spurs eventually emerging victorious as the talented 23-year-old embraced the opportunity to work with Mourinho.

“He is a world-class manager and he was very important in my decision to come,” Reguilon told Sky Sports.

Spurs faced plenty of competition when it came to securing a much sought-after signature and pulled off quite the coup in bringing a Spain international onto their books.

“There was a broad market but as soon as I heard of Tottenham’s interest, it was simple,” Reguilon added.

“It was a big deal to leave my country, my league and my family, but it has worked out well.

“Since I arrived here, the truth is the club has surprised me in a very good way. The training facilities, my team-mates, everything. The stadium is insane. I have really enjoyed it so far.”

While looking to make his mark at Tottenham, Reguilon admits that he has a lot to thank Real for – despite making only 22 senior appearances for the club.

“Leaving was a difficult step to take but it’s one you have to take at one point or another and, for me, I think it was the right time. It’s tough to leave your family and everything, but this league, for me, is the best in the world and I am very happy here. Now I just want to focus on trying to help this club win trophies.”

Reguilon has been joined in north London by a familiar face, with Gareth Bale completing a season-long loan move to Spurs from Madrid, and the promising defender is confident that the right pieces are being gathered to deliver tangible success.

He added: “I spoke with Bale when I was in Madrid.

“He told me what it was like at Tottenham. It was helpful for me to come here with someone who was already a team-mate. I could ask him things, like how certain things were going to work.

“Bit by bit, I am getting to know them more as people, not just as players I know from the PlayStation or the television. Now, they are all in contact with me and I know them better. That really helps.”

sportsgamingwirehttps://sportsgamingwire.com
As an Editor and an Sports Geek, it's my pleasure to share my knowledge about Sports and their various aspects that can impact our lives.
Previous articleAmateur Scene – Services to the community
Next articleGrosjean, Magnussen dropped “for financial reasons”