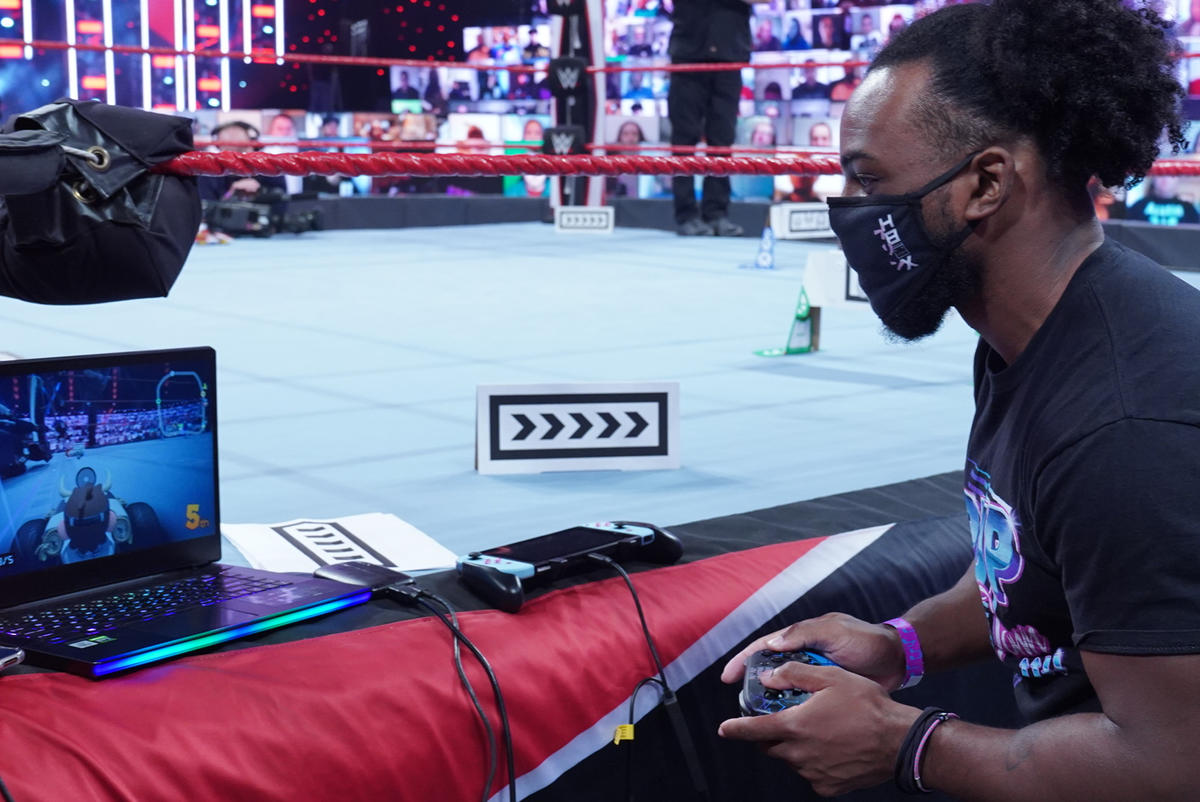 Mario has officially made his WWE ThunderDome debut!

Xavier Woods, Ruby Riott, Akira Tozawa and Mike Rome took over the WWE ThunderDome with a “Mario Kart Live: Home Circuit” showdown. The augmented reality game allowed Woods to bring the action inside the ring for a wild racing experience before this week’s Monday Night Raw.

Check out the latest from UpUpDownDown on the official YouTube channel.

sportsgamingwirehttps://sportsgamingwire.com
As an Editor and an Sports Geek, it's my pleasure to share my knowledge about Sports and their various aspects that can impact our lives.
Previous articleGrosjean, Magnussen dropped “for financial reasons”
Next articleHamlin & Jordan Reveal Team Name: 23XI Racing