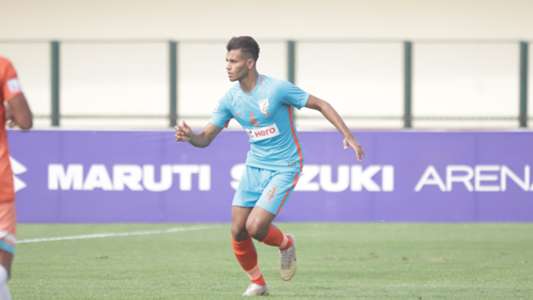 The Executive Committee of the All India Football Federation (AIFF) has referred Anwar Ali’s case to its Medical Committee, Goal understands.

The Medical Committee will now convene within a short period of time and deliberate on the future of the promising footballer.

Anwar, who had represented India in the 2017 U17 World Cup, was earmarked as one of the brightest talents in Indian football and had signed for Indian Super League (ISL) outfit Mumbai City FC back in 2019.

However, he was diagnosed with congenital heart disease while at Mumbai City. He was advised not to play by medical experts in Mumbai and France. After a break from football as he sought expert medical opinions, Anwar joined Mohammedan Sporting ahead of their I-League qualifier campaign earlier this month. However, he did not get clearance to play from the AIFF while it deliberated his case.

The player, however, approached the Delhi High Court which on Tuesday, allowed him to carry on playing until the national federation arrives at a final decision. The judge also mentioned that Ali can seek judicial recourse once again after AIFF announces its final decision.

AIFF had consulted AFC’s (Asian Football Confederation) Medical Committee Chairman, Dr. Dato Gurucharan Singh, and the medical practitioner stated that it would be best for Anwar Ali to refrain from participating in competitive sports due to a ‘congenital heart condition’ called Hyper Cardio Myopathy.

In a report submitted to the AIFF (All India Football Federation), Dato Gurucharan Singh has mentioned four key messages which substantiate that playing football professionally constitutes a health risk for the youngster who had represented India at the 2017 U17 World Cup.

1. Inherited cardiomyopathies are recognised leading causes of sports-related cardiac arrest in young competitive athletes and for this reason both European and American recommendations for sports eligibility agree that athletes with cardiomyopathy should be restricted from competitive sports activity.

2. Carriers of desmosomal gene mutation with no signs of arrhythmogenic right ventricular cardiomyopathy should also be disqualified from competitive sports activity because intense physical exercise promotes the development and progression of the disease phenotype.

3. There is growing evidence that patients with an implantable cardioverter-defibrillator may practice sports safely. However, it must be emphasised that participation in competitive sports at high cardiovascular demands may promote disease progression.

4. Patients with cardiomyopathy and mild phenotypic expression at low risk of sudden death may practice moderate-intensity recreational exercise. Patients should be educated to avoid peak exertion and recognise warning symptoms.

In 2019, the Minerva Punjab academy graduate travelled to France to be examined by Dr. Francois Carre, chief of the medical department of sports medicine at the University Hospital of Rennes, who opined that the “practice of a competitive sport in competition presented an excessively high risk of a serious cardiac accident.”

Anwar also consulted several cardiologists in Kolkata. Most of them opined that competitive football exposes Anwar to substantial risk to his life which the federation (AIFF) ideally should not take.

It must also be noted that Anwar did get some positive news from Professor Sanjay Sharma, chairman of the Cardiology Consensus Panel for England‘s FA, who told the AIFF that there is a small risk for Anwar but the risk profile could change over time. He further suggested that since the risk is not very high, Anwar and his family should be aware of the same and the final decision to play should be left to them.

It remains to be seen what course of action the AIFF’s Medical Committee takes.

sportsgamingwirehttps://sportsgamingwire.com
As an Editor and an Sports Geek, it's my pleasure to share my knowledge about Sports and their various aspects that can impact our lives.
Previous articleHave You Played… Old Gods Rising?
Next article‘Telles can have Robertson effect at Man Utd’ – Giggs backing Brazilian to emulate Liverpool left-back