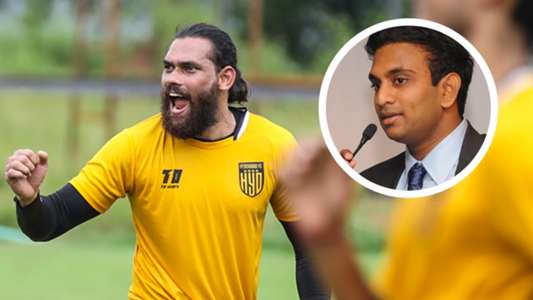 Hyderabad finished bottom of the table in their debut ISL season, hired a top coach, replaced him – all in the space of less than 12 months…

Back in March 2020, Hyderabad FC were all set to go into the 2020-21 season of Indian Super League (ISL), riding high on confidence. They had hired former Bengaluru FC coach Albert Roca as head coach and plans were in place to build a balanced squad which had the coach’s signature on it.

But the journey then took an unfortunate turn. Not only did the country go into a lockdown due to the Coronavirus pandemic, Roca ended up leaving the club after an offer from Barcelona to join them as a fitness coach. Hyderabad had no choice but to replace him with another Spaniard in Manuel Marquez Roca.

It was kind of a restart that was forced on the management but they bounced back in no time. With all the COVID-19 guidelines in place, they became the first club to start on-field training under the guidance of newly-appointed technical director Thangboi Singto in a bio-secure bubble in Goa where ISL is set to start on November 20.

“This season has been a challenge for everyone,” Varun Tripuraneni, co-owner of the club, told Goal. “We started planning for this season in January itself with the appointment of Albert (Roca). Sujay (Sharma, director of football at Hyderabad) and Albert were working together to get the right team composition.

“At a crucial time, we had to part ways with Albert. It is tough to hold on when there is such an opportunity for him and at the end of the day, it is the right decision for both parties. We have Manuel on board now. Albert also mentioned about him and the transition was a smooth process.”

Imagine being told that you are not supposed to move out of a ‘bubble’ for the next few months – that’s what the players and the coaching staff are going through right now in Goa. It is not easy to process but it is important to follow the league’s guidelines so that football can come back. And making the players and staff come to terms with the reality of the restrictions will be the biggest challenge for ISL clubs this season.

“The challenge with the COVID scenario was to really adapt to the new guidelines and norms. The important thing is that everyone is on board and understands the scenario and be open to adapt to these. The major challenge was to get all of them on the same page and make them understand why we are making certain decisions and to get them to agree to it,” Varun said.

The former Kerala Blasters CEO added, “I think we got our planning in order quite well. The challenges were parallel – we had a change in coach and we had to prepare for the season (during the pandemic). We all had to agree that there were few things which were under our control – things like training grounds, logistics for Indian players and coaches, the isolation before travelling to Goa. It was a priority to get that absolutely right and as smooth as possible. Things like visas and foreign travel were not under our control, so we knew we had to be patient.”

“More than logistics, aligning all players towards the common plan was the major challenge. Players and coaches do get restless when it comes to visas and travel plans that are not organized. But we could get the foreigners in at the earliest possible time.”

The former Chennaiyin COO believes playing football without spectators inside the stadium will have an impact on sponsorships and that will be the clubs’ biggest challenge financially.

“The way the league has been coordinating has been excellent. ISL are doing their best in the interest of the clubs and the league itself. They have done quite a bit to help.

“Operation is a major cost but the impact will be on the sponsorship front. It is early to say if it will be a good or bad season for sponsorship, we are not in a position to do any activation for sponsors on the ground. That would be a major impact. Having seen the way how IPL teams have organized it this year, it is definitely something we can (learn from) to bring partners on board for this year.”

Despite the recent obstacles for Hyderabad, the club owner feels last season, wherein they made their debut in the ISL, remains the toughest when it comes to putting together a pre-season.

“It is a tough season for all but I feel we put in a lot of effort going into this season. I would put last season as toughest in terms of preparing for a new season as we hardly had any kind of plan.”

Hyderabad finished at the bottom of the table in their debut season and will be looking to make a strong comeback in their second season in ISL. They have recruited a good group of overseas players that consist of Australian attacker Joel Chianese, Brazilian midfielder Joao Victor and former Odisha marksman Aridane Santana.

sportsgamingwirehttps://sportsgamingwire.com
As an Editor and an Sports Geek, it's my pleasure to share my knowledge about Sports and their various aspects that can impact our lives.
Previous articleBenfica boss expecting Darwin Nunez to be sold for more than €126m Joao Felix
Next articleOn This Day: Eternally underrated Sumbu Kalambay hands Iran Barkley a boxing lesson